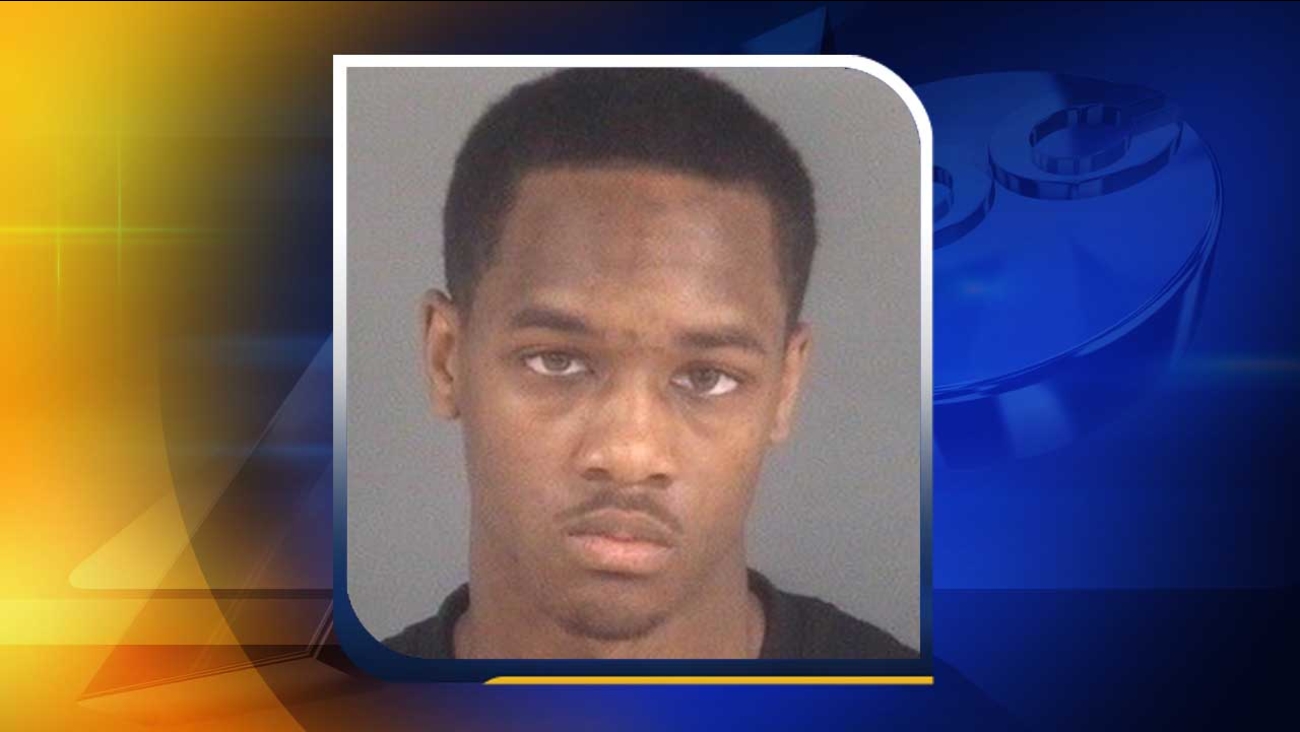 FAYETTEVILLE (WTVD) -- Fayetteville police have arrested 22-year-old Diondre Kesean Jones after an alleged sexual assault Monday. Authorities said he surrendered himself to the A-1 Bail Bonds at around 2:30 p.m.

He was taken to the Cumberland County Detention Center under a $277,000 bond.

Authorities said the victim met Jones in the parking lot of 24 Hour Discount Tobacco on Reilly Road. The victim willingly went with Jones to a residence in the 1600 block of Shively Court.

Once there, investigators said Jones took out a handgun and sexually assaulted the victim. Jones reportedly made the victim get back in the car and told her to drive.

While driving, the victim saw some people outside of the Freddy's Food Mart at 1528 Bingham Drive and drove into the parking lot. Police said she jumped from the car and ran inside the business.

Authorities said Jones drove away with the victim's vehicle, which was found abandoned a short time later.

Detectives have obtained warrants for Jones, who lives in the 1600 block of Shively Court where the alleged rape occurred.

Jones is described of being 5 feet 8 inches, about 150 pounds, with black hair and brown eyes. Jones is also said to walk with a distinct limp.

Anyone with information regarding the sexual assault is asked to contact Detective A. Caldwell with the Fayetteville Police Department at (910) 366-5853 or Crimestoppers at (910) 483-TIPS (8477).