A little boy's "UP" inspired Halloween costume is a hit 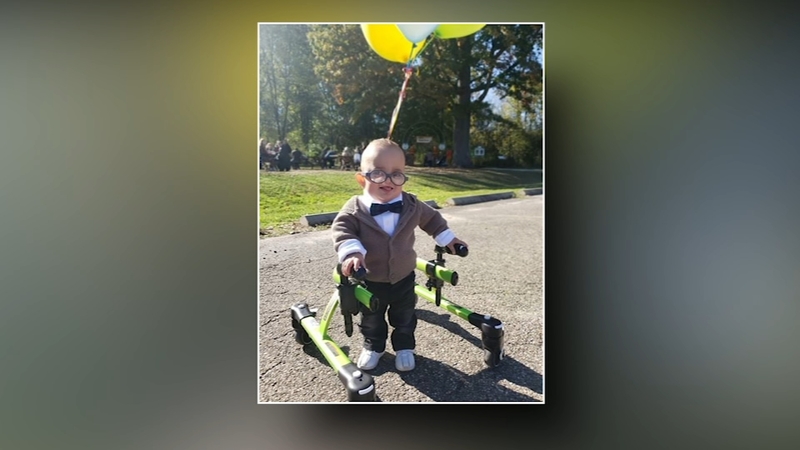 A little boy's "UP" inspired Halloween costume is a hit

AKRON, O.H. (WTVD) -- This just may be the cutest Halloween costume of the year. A 2-year-old from Ohio living with cerebral palsy is gaining national attention for his creative costume.

Brantley Morse uses a walker and wanted to incorporate his medical equipment into his costume.

His parents dressed him as Carl from the Disney movie "Up" for Halloween this year.

The Akron Children's Hospital shared his picture on Facebook adding it's his first time dressing up for Halloween and he wanted to show the world that he is making the best of his disability.

Brantley Morse's costume is equipped with the film's signature balloons tied to his walker. He's also wearing his very own glasses.