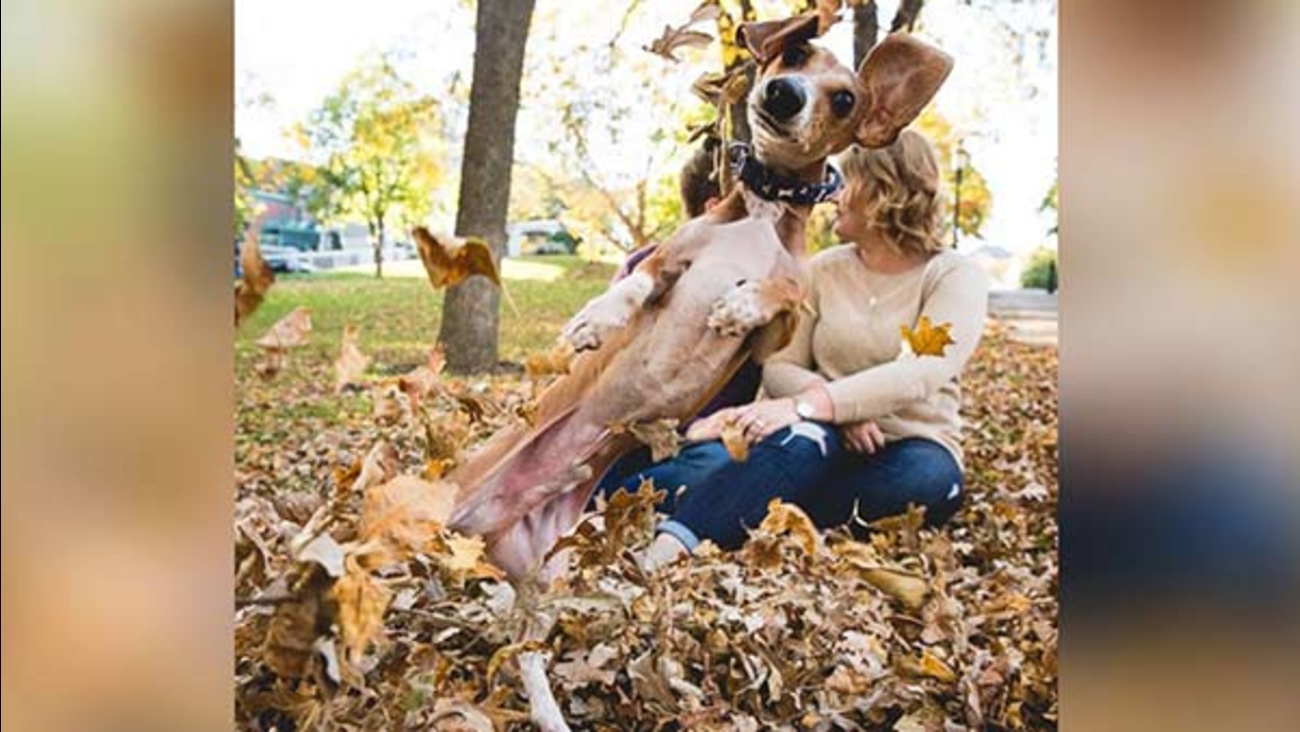 MINNEAPOLIS -- A Minnesota couple's engagement session is getting lots of Internet buzz after their dog Louie photobombed their pictures in the most hilarious way.