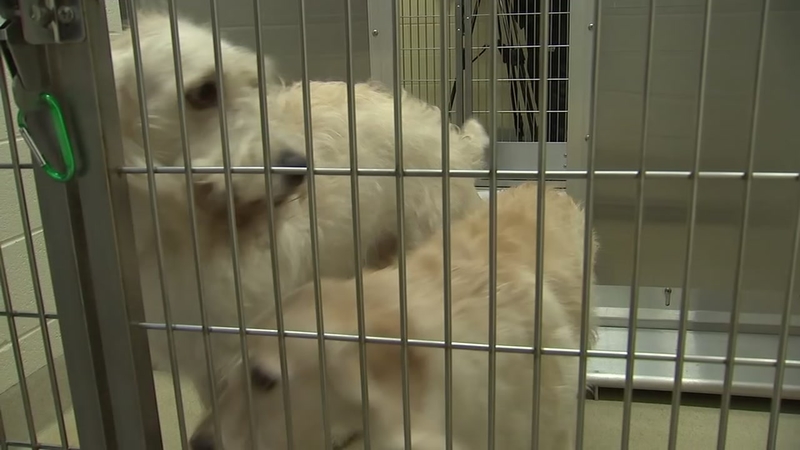 HILLSBOROUGH, N.C. (WTVD) -- On Monday night, Hillsborough police identified the owner of two dogs, who were left alone and cold in a dog park the night before.

UPDATE from Hillsborough PD: Officers have located the owner of the two dogs found inside Gold Park’s dog park late Sunday night. No official word yet if they’ll be put up for adoption. #ABC11 pic.twitter.com/ImgrqgwlDT

On Sunday night, officers heard barking coming from Gold Park. Upon investigation, they found the dogs locked in the closed dog park.

Temperatures had dropped to the upper 30s, according to ABC11's Big Weather.

Neither dog had on a collar, but both of them were friendly and appeared well cared for.

Orange County Animal Services picked up the dogs and took them to a shelter.