Watch dolphins glow as they glide through bioluminescent waves in California 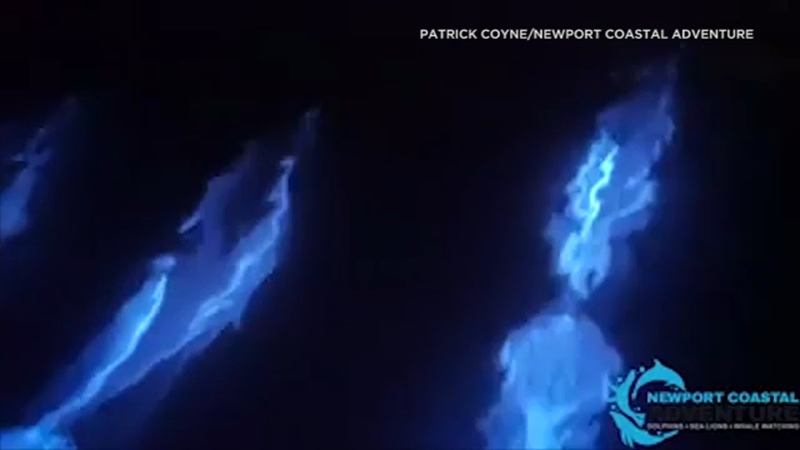 Dolphins glow as they swim in bioluminescent waves in OC - VIDEO

NEWPORT BEACH, California -- A group of glowing dolphins was captured on video lighting up the waters of Newport Beach.

Patrick Coyne captured the footage of the pod of dolphins in the bioluminescent waves and the video was also uploaded by Newport Coastal Adventure to its Facebook page. The company said its captain took Coyne out to look for dolphins Wednesday and encountered the amazing interaction with the glowing dolphins just after sunset.

The neon blue appearance of the water is usually caused by algae in the water.

Bioluminescent phytoplankton give the surf an electric blue glow, according to National Geographic. Some dinoflagellates -- single-celled planktonic creatures -- can produce toxins that are harmful to fish, humans and other creatures.

Scientists believe bioluminescence may also be a form of defense for the life-forms.

A local photographer captured a rare phenomenon on the shores of Newport Beach where bioluminescence waves light up the ocean.