Zander Moricz is one of the youngest plaintiffs in a lawsuit filed against Florida over the 'Parental Rights in Education' law.
ABCNews
By Nicole Curtis and Laura Zaccaro via GMA 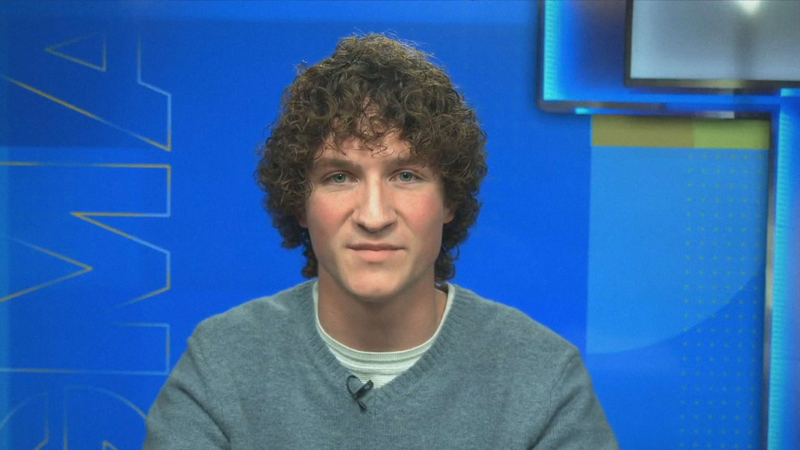 OSPREY, Fla. -- A Florida high school student who is openly gay is speaking out after he says he was subjected to censorship by school officials if he mentioned the state's "Parental Rights in Education" law, also called the "Don't Say Gay" law by critics, in his graduation speech.

Zander Moricz, a senior and the president of his graduating class at Pine View School in Osprey, Florida, claimed he was being "silenced" in a Twitter thread two weeks ago. He wrote, "My principal called me into his office and informed me that if my graduation speech referenced my activism or role as a plaintiff in the lawsuit, school administration had a signal to cut off my microphone, end my speech, and halt the ceremony."

Moricz is also one of the youngest plaintiffs in a lawsuit filed against the state of Florida over the "Parental Rights in Education" law.

The 18-year-old told "Good Morning America" he was worried ahead of the speech but felt supported by his fellow classmates and peers, some of whom wore "Say Gay" stickers and stood up and cheered during his speech Sunday.
"There was a lot of hate and a lot of fear surrounding the speech about what people were going to do if someone was going to react poorly because it was really present in the community -- that hatred and that fear -- and so I was worried and I knew that there was a potential to cut the mic," he told "Good Morning America" Monday.

"To have a standing ovation like that and a response like that from all of these people was amazing," he said. "It was really a great finale for four years of high school."

Florida Republicans on Tuesday passed a bill to forbid instruction on sexual orientation and gender identity in kindergarten through third grade, rejecting a wave of criticism that it marginalizes LGBTQ people.

Moricz, an outspoken advocate for LGBTQ rights, referred to his "curly hair" as a euphemism for being gay in his speech.

"This characteristic has probably become the first thing you think of when you think of me as a human being. As you know, I have curly hair," Moricz said in his speech.

"There are going to be so many kids with curly hair who need a community like Pine View and they will not have one. Instead, they'll try to fix themselves so that they can exist in Florida's humid climate," he continued.

Seeming to try to walk a fine line between following the law and allowing Moricz to deliver his speech as class president, Pine View School approved his euphemism-laden remarks in advance.

In a statement released before graduation, the school said in part: "Students are reminded that a graduation should not be a platform for personal political statements ... Should a student vary from this expectation during the graduation, it may be necessary to take appropriate action."

Moricz said having to modify his graduation speech was more than just disappointing.

"It was a really dehumanizing decision because I had to take something I had written and ... I had to find a way to be clever to discuss who I was," he said. "Because the district affirmed that they supported action if I brought up the lawsuit or the advocacy around it, I knew that the threat to cut the mic was very real, so I wasn't going to let that happen and I just had to be clever about it. But I shouldn't have had to be because I don't exist in a euphemism and I deserve to be celebrated as is."

Moricz's attorney, Roberta Kaplan, claims the "Parental Rights in Education" law was written to be overly broad and open-ended on purpose.

"Zander was censored and he shouldn't have had to censor himself and not be able to talk about who he really is at his commencement speech," Kaplan told "GMA." "This is just the tip of the iceberg. The law itself was deliberately written to be as vague and as broad as possible. So what you get is what you saw with Zander and obviously applies to commencement. We saw that just yesterday, and it applies in many, many other circumstances."

Moricz credits one of his teachers for helping him come out as a young teenager and said the law would prevent other young people from feeling safe and protected to do so.

"What this law does is, it effectively takes away the only guaranteed safe space from the majority of the entire LGBTQ population here," he said. "That's horrifying because what you then have is so many children being forced to make the choice between coming out unsafely or not coming out at all."

Moricz said he plans on advocating for the LGBTQ+ community and is studying government at Harvard University in the fall.