Waiter receives over $25,000 tip to pay for dental surgery WICHITA, Kans. -- A cheerful waiter at a breakfast diner now has a brand new smile, thanks to a generous customer who has donated a small fortune to pay for his extensive dental surgery.

Brian Maixner told ABC that he was working a typical busy Saturday morning, waiting on tables at the Doo-Dah Diner when his manager asked to speak with him.

"This gentleman wants to pay for your dental work," his manager told him, gesturing over to the man who's drink order he had just taken.

"Really?!" asked Maixner, who to this day says he's still taken aback by the gesture.

Maixner had been working at the Doo-Dah Diner for about a year, where he is known for his cheerful disposition. He left his previous job for the preferable breakfast hours to spend more time with his teenage son. Though, until this week, he was always hesitant to smile.

According to The Wichita Eagle, Maixner's dental problems include missing teeth and painful infections, a sight that has kept Maixner from receiving work. He says he always wanted to improve his smile, but never had the financial means.

Enter lawyer Fred Boettcher of Ponca City, Okla., who had been visiting family in Wichita in late January when they chose to dine at the Doo-Dah. After Boettcher noticed Maixner's reluctant smile, the breakfast patron was inspired to pay it forward to his cheerful waiter.

"This young man, he just touched me," Boettcher told The Wichita Eagle. "I've had a couple of restaurants in the past, and I know how important your appearance is. He was a clean-cut young guy with a smile like an angel, and I thought, 'I've got to help.'"


Maixner accepted Boettcher's offer, and following the dental surgery last week, he now has a complete set of dentures that have completely transformed his face. 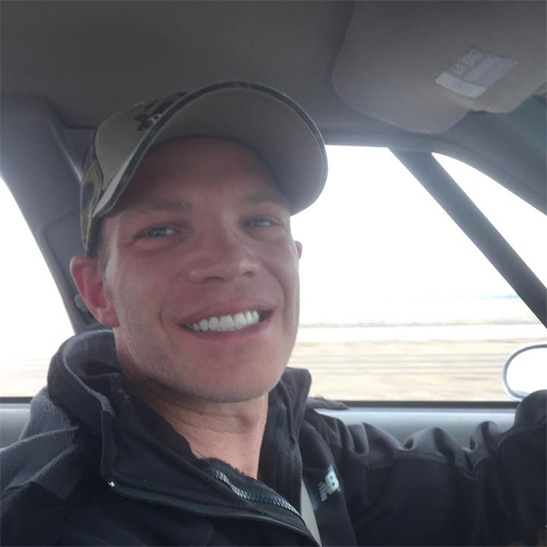 After his mouth heals from the surgery, Maixner told ABC that Boettcher has pledged to pay for all of his dental implants as well. On the phone, Maixner was ecstatic about the dentures, and is looking forward to the implants in about eight months.

"You have to get used to talking again, that's for sure!" Maixner told ABC. "This has changed my life completely, and I'm still taken aback by it."

Though Maixner said he has never once seen a bill for the dental work, most estimate it to be well over $25,000.

Shockingly enough, this is not the first time Boettcher has paid for someone else's smile. Having some serious dental issues as a child, and now being well-off in his career, Boettcher has rescued the grins of several of those in need over the years.