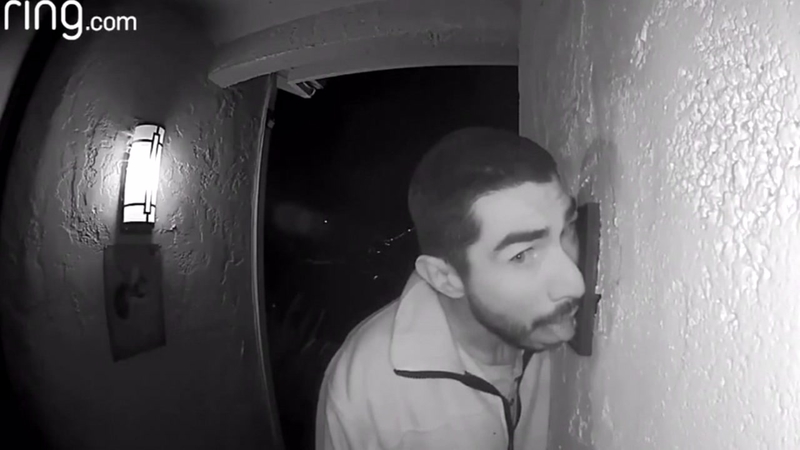 SALINAS, Cali. -- Police are trying to track down a man who spent three hours licking a doorbell at a California home.

"I thought I'd seen it all, but this takes the cake," neighbor Francisco Javier Estrada told KION.

The Dungans said they were not home at the time, but their children were inside the house sleeping.

"We were pleasantly surprised the image was so clear it didn't take us long to identify the individual," Salina Police Department spokesperson Miguel Cabrera said.

The security cameras also caught Arroyo moving an extension cord to the front yard and relieving himself.

"You kind of laugh about it afterwards because technically he didn't harm anybody, he didn't break anything," homeowner Sylvia Dungan said.