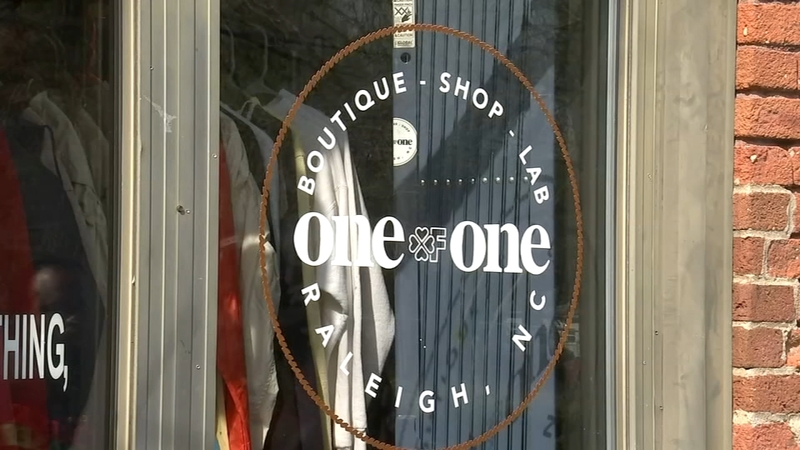 RALEIGH, N.C. (WTVD) -- Several small businesses in downtown Raleigh are expecting to see a big boost in sales when tens of thousands of people arrive for Dreamville Festival this weekend.

Some of the city's minority-owned businesses are being highlighted in a Dreamville City Guide pamphlet.

One-of-One Boutique is being featured and co-owner Terry Mangum said it's just the kind of support he needs after a trying couple of months.

A heist was caught on a surveillance video. It shows the front door being kicked in and several people rushing inside.

Thieves were seen grabbing pricey shoes and other items before bolting.

Shelves and racks were left bare. The storage room was ransacked

The crime happened in January, and the store has been closed since then but is reopening this Friday in time for Dreamville.

Mangum has been sprucing up the space and using insurance money to restock goods.

He was thrilled to welcome back customers on such a huge weekend in Raleigh.

"I'm expecting it to be the most busy day we've ever had, so that's what I want," said Mangum.

CEO Johnny Hackette plans to host parties to keep foot traffic and the revenue rolling in.

"This is an exceptional weekend, to say the least, so we're going to add a couple more events. Saturday night there will be a concert after-party. Sunday (we're holding) a J. Cole paint party, which we've done in the past during his album release," said Hackette.

Mangum said that though no arrests have been made in connection to the break-in, he's feeling liberated.

"Just to know your community is behind you and they want to see you do good," said Mangum.