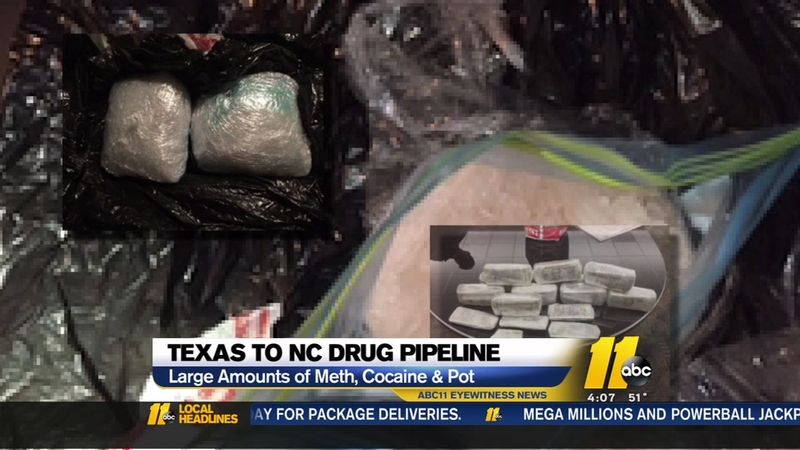 An 18-month long investigation into drug trafficking from Texas to North Carolina ends with a major bust.

The State Bureau of Investigation said from April 2016 to October 2017, law enforcement agencies investigated a North Carolina-based group that was selling large amounts of cocaine, methamphetamine, and marijuana.

Money seized from the investigation.

The probe began when undercover agents bought meth that led to supply sources in Texas. Investigators learned an Organized Crime Drug Enforcement Task Force in the Lone Star state was already looking into the same North Carolina-based group that was transporting the drugs from Texas to North Carolina.

The multi-agency operation ended with 20 people arrested, three of which are from Moore and Lee Counties; they're all facing federal charges of conspiracy to traffic more than five kilograms of cocaine and could face 10 years to life in prison.

Some of the drugs seized.

Officers seized five kilograms of crystal meth, seven kilograms of cocaine, and 42 pounds of marijuana, along with $280,000 in cash.

"I couldn't be more proud of the Moore County Sheriff's Office Narcotics Division for their partnership with our fellow federal, state and local law enforcement agencies" said Moore County Sheriff Neil Godfrey. "This operation highlights the importance of those partnerships and the large impacts we make as a team."