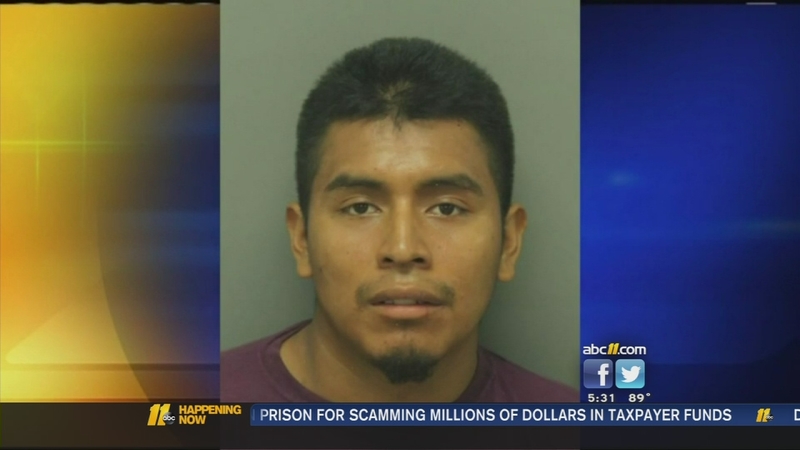 I-Team: Why man charged with DWI was released on bail

RALEIGH (WTVD) -- The federal agency ICE is defending a decision not to place a detainer on an illegal immigrant who was charged in a DWI hit-and-run accident over the 4th of July weekend.

Roblero is accused of driving without a license, getting behind the wheel intoxicated, and fleeing the scene after the crash Friday night on Buffaloe Road.

ABC11 learned that two years ago, Roblero was deported back to his native Mexico.

Wake is one of only five sheriff's offices in the state that can detain an illegal immigrant. ICE agents are stationed at the Wake County Detention Center in addition to deputies. Agents opted not to place a detainer on Roblero and he was released.

"ICE reviewed Mr. Perez-Roblero's case, and consistent with guidance issued by Secretary Jeh Johnson in November 2014, determined he did not meet our current enforcement priorities based on a lack of prior convictions. ICE will continue to monitor Mr. Perez-Roblero's case until the current criminal charges are adjudicated," said ICE spokesperson Vincent Picard.

DeShawn and Trazjae Moss were seriously injured in the collision. The couple was hit head-on heading home from a date night. The victims said they're baffled Roblero was able to post the $75,000 bond and walk out.

Jennifer Quinn is outraged as well. She was one of the bystanders who chased Roblero into the woods when he took off running.

"As soon as I turned my flashlight on into the bushes, he was staring at me," said Quinn. "I could smell the alcohol. He was definitely drunk."

She helped restrain him until troopers arrived.

"It feels like I've done it for nothing. I mean he could have honestly had a weapon and hurt me, and for him to get out a few days later, or even the next day, that is ridiculous," said Quinn.

Court documents show Roblero was going 72 miles per hour in an area zoned 45 and traveling the wrong way. A trooper said in the arrest warrant he had "red glassy eyes, there was odor of alcohol coming off his breath, and couldn't stand on his feet."

Roblero is on electronic house arrest. For the second day in a row, ABC11 stopped by his home on Foxhound Drive. Nobody answered the door and a car wasn't parked in the driveway.

"He could have killed someone," said Quinn. "He should not be out of jail. He should be in prison if you ask me."

His blood alcohol level is not known at this time. Highway Patrol says the testing is being done now and it could be a month before the results are returned.

Roblero's next court appearance is scheduled for July 27.