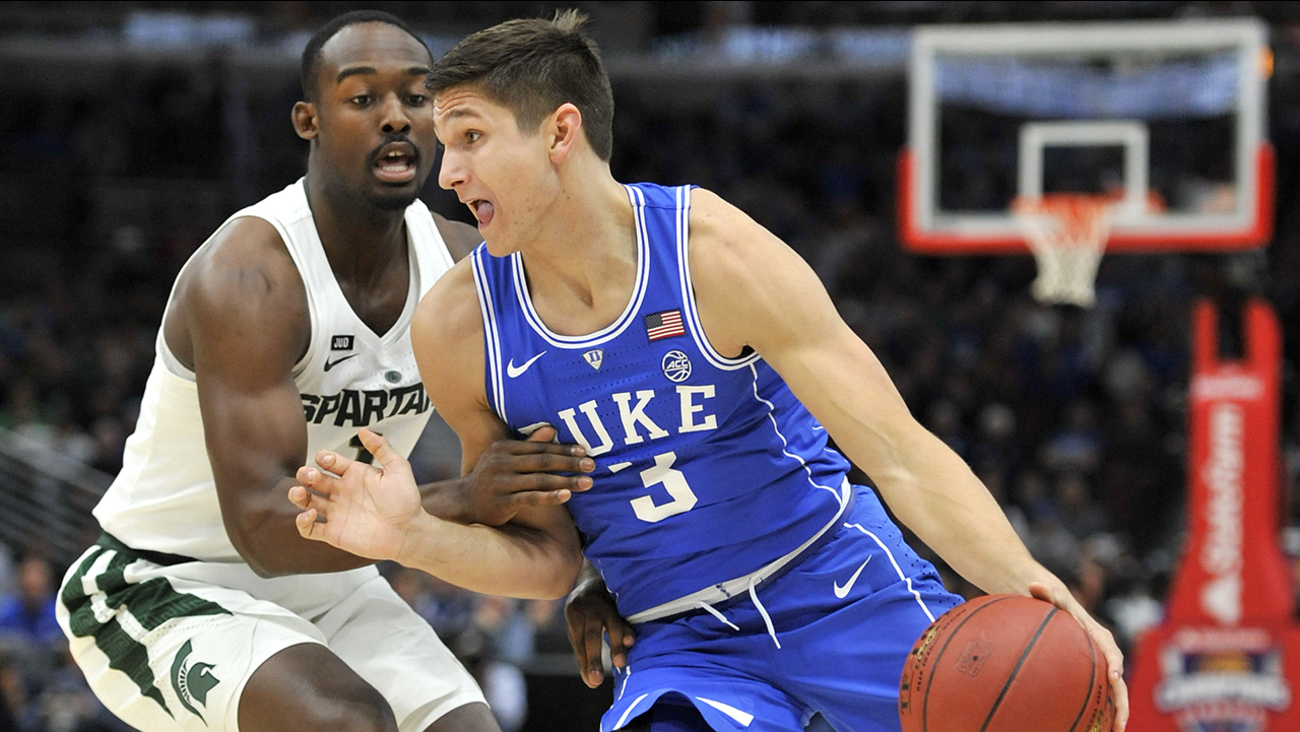 CHICAGO -- Forget about Marvin Bagley III and the rest of Duke's talented freshmen for a moment.

Grayson Allen can play a little, too.

Allen scored a career-high 37 points, Trevon Duval had 17 points and 10 assists, and the top-ranked Blue Devils beat No. 2 Michigan State 88-81 in the Champions Classic on Tuesday night.

On a court full of some of college basketball's brightest stars, Allen - Duke's only senior who was joined by four freshmen in the starting lineup - stepped up whenever his team needed a big play. The Blue Devils (3-0) lost Bagley to a right eye injury midway through the first half, but Allen made five 3-pointers and scored 23 points in the second half to help make up for the missing phenom.

"I've played in 90 more games than the four teammates that are out there with me," Allen said. "I feel a little more comfortable and calm and confident out there. Watching a lot of film of me my last two years, it's good sometimes to go 100 mph, but it's also good to slow it down a few times, so that's the adjustment I've tried to make and I think it makes me more comfortable out there." 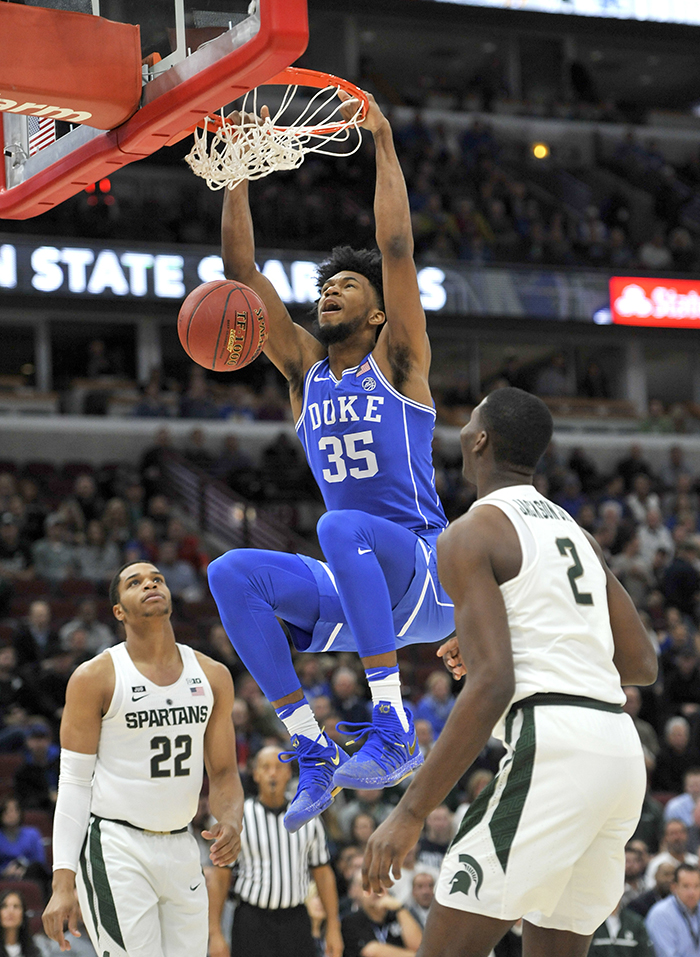 "It's not a thing. You don't get any banners for a record against one school or against another coach," Krzyzewski said, brushing away any talk about his record against the Spartans. "Our program is about winning against everybody if we can."

Miles Bridges, Jaren Jackson Jr. and Nick Ward each scored 19 points for Michigan State, which blocked 12 shots - just one shy of the school record. The Spartans (1-1) shot 51 percent from the field, but were outrebounded 46-34 by the long and athletic Blue Devils. They also struggled at times with Duke's 2-3 zone.

"Never in a million years did I think we would get outrebounded like that," coach Tom Izzo said.

The 42nd meeting of the top two schools in The Associated Press poll since 1949 lived up to its pregame hype, with Duke and Michigan State exchanging runs for most of the night at the home of the NBA's Chicago Bulls. Each team had its sloppy moments typical of a mid-November game, but they also brought the crowd to its feet several times with an array of impressive jams and emphatic rejections at the rim.

Cassius Winston drove the lane and passed to Kenny Goins for a dunk that gave Michigan State a 75-73 lead with 4:12 left. But Carter responded with a rebound slam at the other end and Allen set up Gary Trent Jr.'s tiebreaking 3-pointer with 3:11 to go.

Allen added two more 3s in the final 2 1/2 minutes and Javin DeLaurier's breakaway dunk made it 86-77 with 50 seconds left, putting the Spartans away for good.

"We just got killed on the rebounds and that's unacceptable for a team with our size," Bridges said.

Bagley began his college career with a pair of impressive performances, but he had a short stay in his first game against a marquee opponent. He was held out after he was swiped in the face by DeLaurier with 10:09 left in the first half.

"His eye was starting to shut," Krzyzewski said. "At first he had a hard time seeing out of the eye. It's scratched. I think he'll be fine."

Duke associate head coach Jeff Capel III was not on the bench after his father died Monday at age 64. Jeff Capel Jr., a longtime basketball coach at the college and pro level, was diagnosed with ALS in the spring of 2016.

Michigan State strength and conditioning coach Todd Moyer did not travel with the team after he was charged with reckless driving causing death following a July crash that killed two people. Athletic director Mark Hollis said Monday in a statement that his office is monitoring the case.

Michigan State: Izzo was frustrated by the rebounding deficit and Michigan State's 17 turnovers, but the Spartans looked every bit of their lofty ranking.

Duke: Trent was just 3 for 14 from the field, but his late 3 was a key moment. "I'm proud of him," Krzyzewski said. "A lot of guys wouldn't shoot it. He just knocked it down."