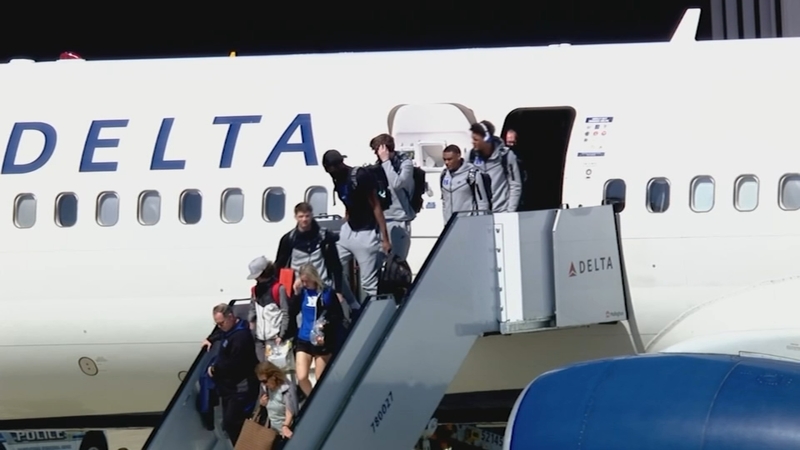 DURHAM, N.C. (WTVD) -- It is an end of an era at Duke University for the Blue Devils basketball team.

Duke coach Mike Krzyzewski coached the last game of his career after 42 seasons with the team, and while it didn't end the way fans hoped, his fans say this loss will not define Coach K.

"I think he was sad and not the outcome he wanted but overall, it was a good game, and we did our best and I'm proud of Coach K and the team he made and if it wasn't for him, we wouldn't be where we are now," lifelong Duke fan Shemika Holloway said.

Krzyzewski with his wife, Micke right by his side both walked off the team plane after it arrived at RDU Airport Sunday afternoon. Coach K along with his team, staff, and family members boarded buses and made the trek to Duke University.

Once the buses arrived at Duke's campus, students and fans welcomed their them back to the university to celebrate Coach K's final season. Krzyzewski took time and thanked fans for their years of support before heading off to retirement.