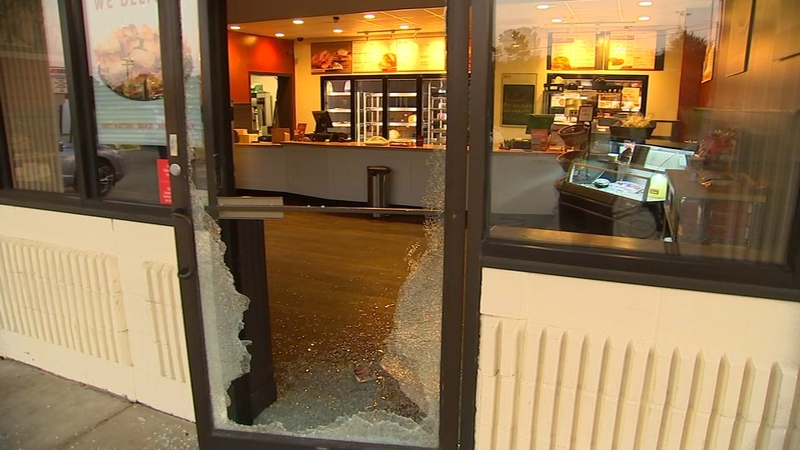 DURHAM, N.C. (WTVD) -- Officers in Durham are searching for a man accused of breaking into three businesses early Wednesday morning.

The break-ins happened around 3 a.m. on Durham-Chapel Hill Boulevard.

#BREAKING Surveillance cameras caught this image of a man suspected of breaking into three Durham businesses at about 3 a.m. Hear from the business owner whose video shows the man searching for valuables inside the business, on @ABC11_WTVD pic.twitter.com/FOM2ifTK5p

Officers said the man used a rock to shatter the front doors of Midas, Konrad Automotive and The Honey Baked Ham Company.

The owner of Konrad told ABC11's Anthony Wilson that surveillance footage caught the man inside his shop searching for valuables.

Officers told crews on scene that burglar was able to grab a few things including some change as the alarms were going off.