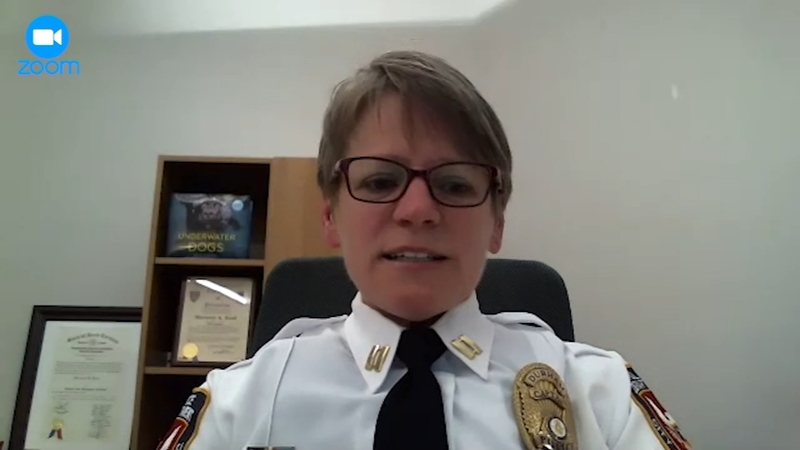 DURHAM, N.C. (WTVD) -- Durham Police are pleading with people who live in and visit downtown to lock their cars and bring their bicycles inside their apartments as investigators are seeing a spike in thefts.

So far in 2021, Durham Police working District 5, which encompasses 1.5 square miles of downtown, have responded to 41 vehicle larcenies, compared to only 15 this time last year.

Capt. Marianne Bond, District 5 Commander, said most of the crimes were committed in apartment complex and hotel parking garages; in 70 percent of the cases, the car was left unlocked.

"It's a crime of opportunity," Bond said. "So, what we really want people to do is lock their vehicles, take all of their belongings out of the vehicle, anything of value, leave nothing in sight, and that would definitely bring down our numbers."

Guns are among the items along with iPads, laptops, and cell phones that have been stolen from vehicles.

Since the start of December, Bond said seven firearms, including six handguns and one shotgun, were stolen from vehicles; only one of those cars was locked at the time.

"We don't want anyone leaving a gun in their car, whether locked in a glove box -- they really need to take their weapon in their residence with them and make sure it's secured in the house," Bond said.

Bicycles, which have been hard to come by since the start of the COVID-19 pandemic, are also being stolen out of downtown parking garages.

Since the start of December, Bond said thieves have cut cable locks on 18 bicycles.

"Most of the bike shops that you would go to are out of stock," Bond said. "So it is a hot commodity. They're being sold all over the internet and very, very hard to track."

Bond is asking for the community's help in locking car doors, hiding valuables, and taking firearms and bicycles inside your home.

She said someone recently called police to report suspicious activity and officers were able to recover a stolen credit card and checkbook from a suspect who had outstanding warrants for break-ins downtown.