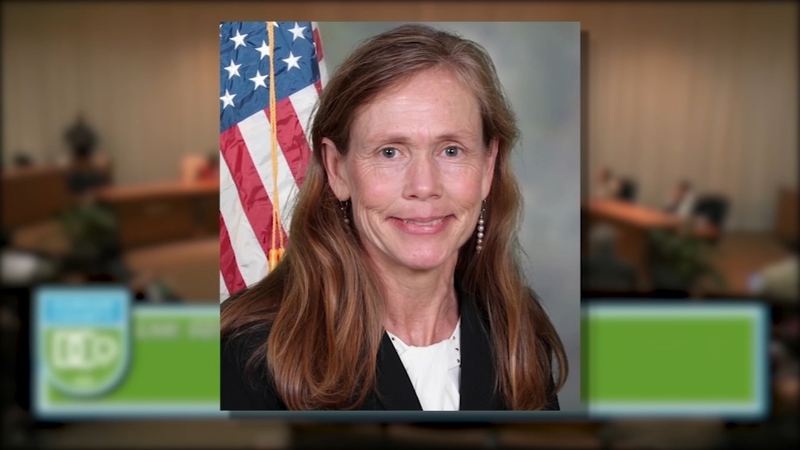 During the county commission meeting Monday, members of the black community stood up for County Manager Wendell Davis and slammed Commissioner Heidi Carter over alleged racist comments she made toward Davis.

The story begins when Davis wrote a letter to the board expressing concerns about Carter.

In the Feb. 11 letter, Davis said that during the past three years he and other employees of color have endured disrespect from her.

Davis wrote, "Not long after you joined the board, you said to me, and I quote, 'You work for the Board, and when we tell you to do something, you'd better grin and bear it.'"

He said that comment Carter allegedly made to him hearkened back to the days of slavery and Jim Crow when blacks were to stay in their place and not cause trouble.

The concerns reached a breaking point earlier this month during a joint board meeting over school funding with the Durham Public School board.

Davis claimed that day Carter criticized his work on the county's budget.

Davis wrote, "You have taken several opportunities to make disparaging remarks about me. I am now concerned it is due to an inherent bias that you harbor not merely towards me, but people of color in general."

But some in the black community supported Carter, such as Durham Public Schools board chair Mike Lee. In a lengthy post on Facebook, Lee questioned the political timing of the letter so close to Carter's reelection campaign.

Carter, who sat next to Davis during the board meeting, addressed the controversy.

"It is important to my integrity that I say this: I unequivocally deny the misquotes in the letter and that my actions were never racially motivated. That is simply not true," Carter said. "I am very concerned that this county manager or any county manager would make these harsh unsupported accusations and in such a public way two weeks before the election."

There are 15 candidates running for five seats on the county commission board, including Carter.

Davis told ABC 11 he denies that his letter was politically motivated.

A spokeswoman for Durham County released the following statement to ABC 11 about the county's search for an independent investigator: