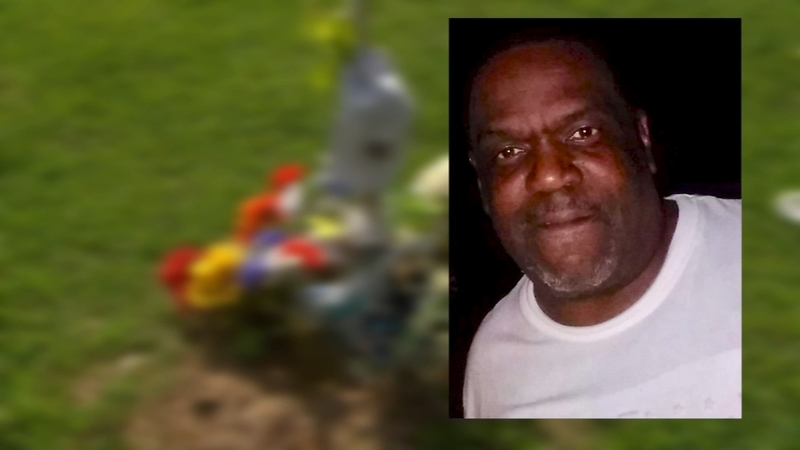 DURHAM, N.C. (WTVD) -- There's a memorial of artificial flowers, a New York Yankees cap and other personal items near the bus stop on Dearborn Drive in Durham, visible from the Two Brothers store.

Durham police officers said the shooting happened as Jones waited for a bus that night. Police don't have a motive yet and don't believe the shooters knew Jones.

"Through the course of my investigation, I have not found any evidence that would indicate that Mr. Jones was the intended target of the shooting," said Investigator Joel Turner.

The shots came from the back seat of a silver 2005-2008 Acura. Before the shooting, three to four men arrived at the store in a dark sedan.

"They pulled in behind the store and parked on the east side of the building," Turner said. "As they exited their vehicle and made their way to the front of the store, the shooting began. It is unclear if they were the intended targets of the shooting."

While they work to solve that crime, a man who works as a clerk in the nearby store is worried. He doesn't know anything about the May homicide but says several bullet holes outside the store came from shots fired on other dates.

Samah Mousafta said the sound of gunfire is not uncommon in the area.

"All the customers duck down on the floor (when they hear shots fired), because it is very dangerous. Not only one time, but many times that's happened around us here."

The relatives of Jones shared this statement with police:

"We are deeply saddened by the loss of our loved one. He was somebody's son, father, brother, uncle and friend. It hurts that you hear about these senseless crimes in the Bull City but then it knocks on your front door. We thank you DPD for all that you are doing on this case and if someone know or heard and or seen anything that they come forward."

There's a $2,000 reward offered for information that leads to an arrest. You can submit your tip anonymously to Crimestoppers.