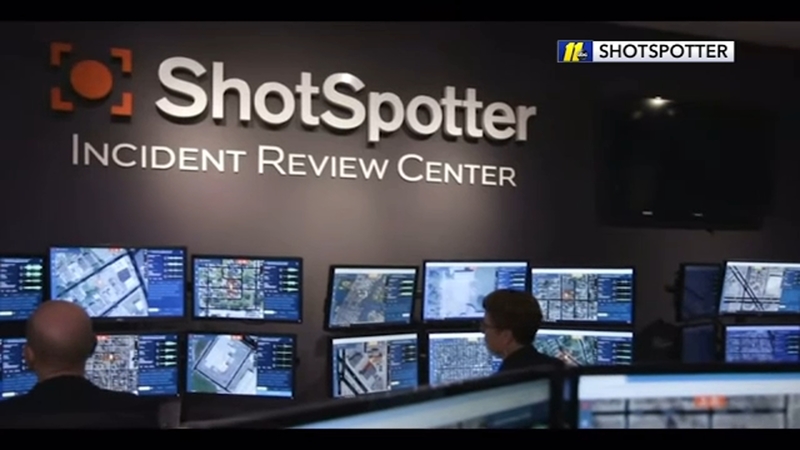 DURHAM, N.C. (WTVD) -- A new crime-fighting tool is one step closer to reality in Durham. As the Bull City grapples with gun violence, ShotSpotter is now back in the picture.

It's something that Durham city leaders have been fighting over whether to invest in for nearly a decade now. ShotSpotter is a gunshot detection system -- sensors that could be installed in neighborhoods for faster police response times. But every time ShotSpotter has come up in city hall, it has failed. Until Thursday.

"We had a very spirited and robust debate," Durham Mayor Pro-Tem Mark Anthony Middleton told ABC11 after a passionate meeting of the city council for budget retreat Thursday. The panel debated the best way to fight Durham's rising rate of gun violence. Specifically, whether to spend $197,000 for a one-year pilot program of Shotspotter.

"So I'm comfortable moving forward with the pilot for a year," Mayor Elaine O'Neal declared.

After years of debate, Durham City Council moved closer than it ever has to buying and installing ShotSpotter gunfire detection systems for neighborhoods.
But the move was not without a contentious hearing over privacy concerns and over-policing. AT 11 #abc11 pic.twitter.com/lNxZlQJub5

In company video from ShotSpotter, it details the acoustic sensors that would be installed on Durham light posts and buildings in neighborhoods selected by the city. The company says the sensors detect and timestamp the sound -- giving officers a precise location of the gunshots.

It's a product that Middleton has been pushing for since arriving on the council.

"It's not so much capturing bad guys or even getting evidence and shell casings, which are good. I'm concerned about the person who might be bleeding out because no one called police because we've been so desensitized," he said.

But the technology is not without controversy. Privacy concerns have been raised about installing sensors in neighborhoods. And there are more recent concerns about deploying the tech overwhelmingly in communities made primarily of ethnic minorities -- that historically have felt over-policed

That intense debate played out at the budget meeting.

"There's a lot of evidence that it's not good technology. It's a private company that plays off fear. And that's what you're doing, too," Caballero said referring to Middleton.

A ShotSpotter spokesperson told ABC11, "ShotSpotter coverage areas are determined by police department customers analyzing historical gunfire and homicide data to identify areas most in need of gunshot detection. Cities may not have sufficient funds to cover an entire city with gunshot detection technology, so they deploy sensors in neighborhoods suffering the highest levels of gun violence."

"All residents who live in communities experiencing persistent gunfire deserve a rapid police response, which gunshot detection enables regardless of race or geographic location. ShotSpotter helps police departments combat gun violence in communities suffering the most."

After the spirited session at the budget meeting, Middleton clarified to ABC11, "We're not talking about sending marauding SWAT teams into our neighborhoods. We are talking about when a gun goes off, sending help."

Middleton's argument would win the day. Along with O'Neal, there are now four votes in favor of the one-year pilot program for ShotSpotter. Four votes are the decisive majority that has eluded Durham for years on the program. The company will provide three months of the service free of charge. There is an option for a four-year extension for $797,000.