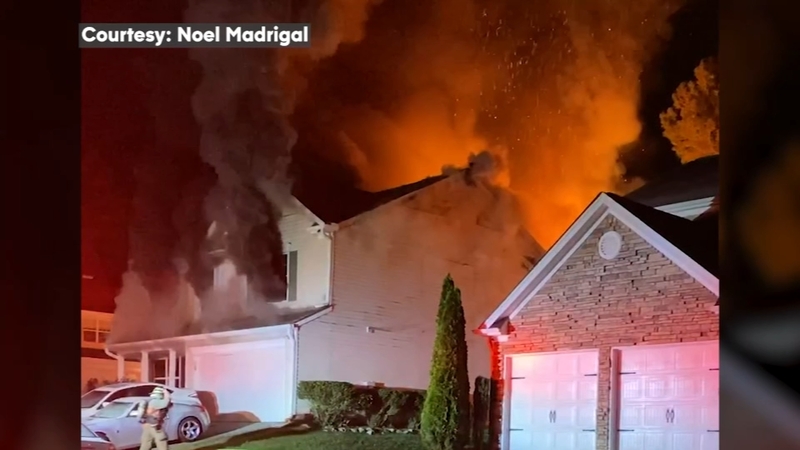 Early Friday morning smoke and flames consumed his neighbor's home along Duxford Court in Durham. His doorbell camera recorded video of him bolting down the driveway as his neighbors screamed for help. Later, he's seen running back to his home to get a ladder because his neighbors were stuck on the roof.

"Any person can do that: save lives. If you're in the moment, that's what you have to do," said Colmenares. "I mean, I was scared too because people were inside the home. You don't want anyone dying especially this time of year."

According to Colmenares, he helped rescue three people: two men and a woman.

The home is a total loss. The fire melted siding on next-door neighbor Alex Rodriguez's house.

"I was woken up by a loud banging on my front door and a neighbor telling me to get out of the house. I opened the blinds to my bedroom window and see there's this huge fire," he said.

The Red Cross was on scene assisting residents in the aftermath.

Meanwhile, Colmenares is grateful to have had this ladder handy. His Christmas gift to himself is humbly helping save the lives of his neighbors.

"I don't want praise for nothing because I think everybody can do the same thing I did," Colmenares said.