Authorities have identified him as 74-year-old Bruce Palmer of Durham.

He was waiting for his sandwich Thursday evening when lightning struck a tree nearby. According to witnesses, Palmer was holding his umbrella when the bolt flashed white, as described by those in attendance.

As the bolt struck the tree, Palmer fell to the ground.

A 74-yr-old man was struck by lightning Thursday as he was standing next to this tree. He’s at UNC Burn Center. Awaiting word of his condition. #ABC11 pic.twitter.com/WhczFp0eg7

"The umbrella was fried," said witness Davonte' Ford. "He was laid out, just sprawled out beside the tree."

Palmer lay on the ground and was attended to by several people before first responders arrived. 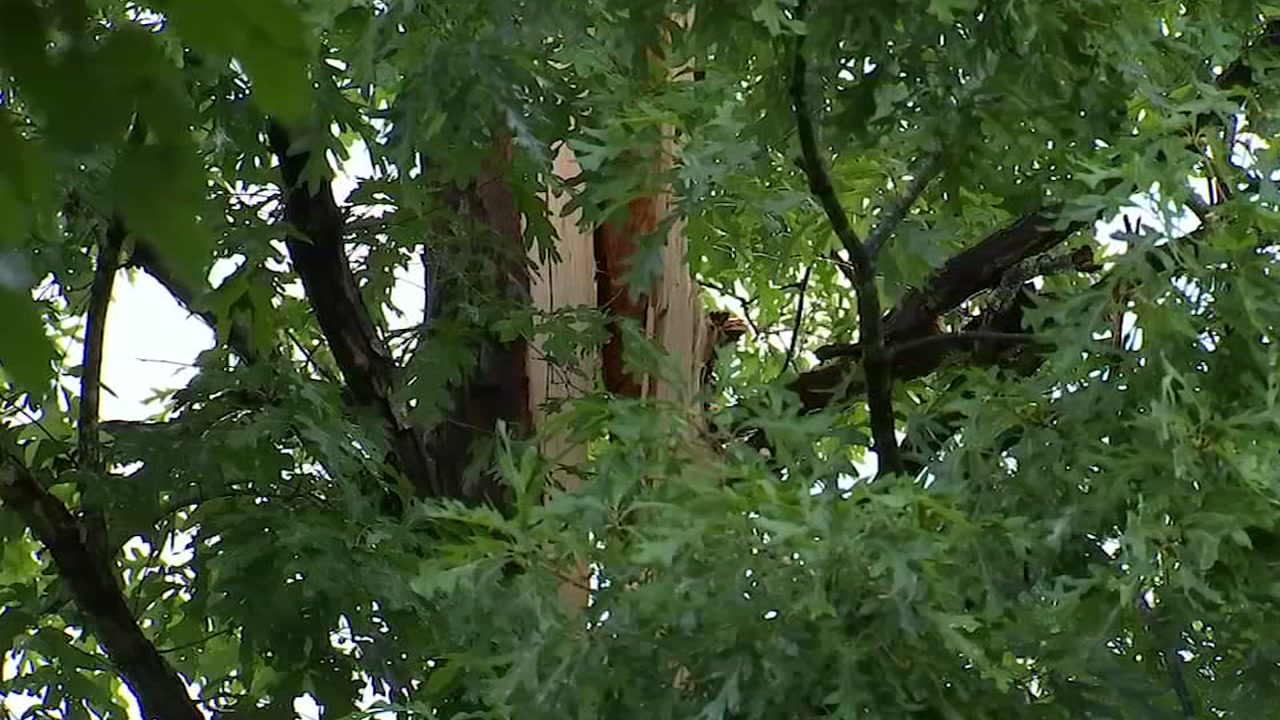 "It's the loudest thing I ever heard," said Tyler Auten, who operates The Cow and the Oak food truck.

Auten took Palmer's order and was preparing it moments before the man was struck.

"My initial thought was I just saw someone die," Auten recalled. "I put my spatulas down, ran off the truck, and went over there. He was wearing a red jacket. But after he got struck, there was only little bits and pieces of it left."

According to the State Center of Health Statistics, there have been five lightning-strike deaths in North Carolina since the beginning of 2016.

Across the US, there are a total of eight cases so far in 2018, with Florida leading the way with five cases.
Report a correction or typo
Related topics:
durhamdurham countyman injuredlightningdurham county news
Copyright © 2021 WTVD-TV. All Rights Reserved.
RELATED