'It's devastating': Local pastor reacts to gun violence in Texas, Buffalo and the Triangle 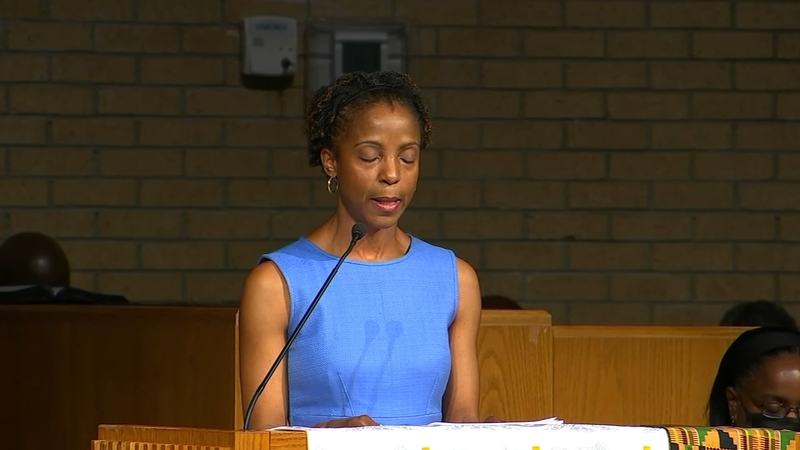 Local pastor reacts to gun violence in Texas, Buffalo and the Triangle

DURHAM, N.C. (WTVD) -- Sundays bring faith communities together for fellowship, and words of wisdom that can help them navigate the challenges they'll face in the outside world. But recent violence that made headlines affects millions of Americans who live miles away from the carnage.

"It's devastating. It seems like every time you turn on the TV, there's another shooting or someone else is dying," said Reverend Erika Lewis, associate pastor for St. Joseph AME Church in Durham. "And to see the massacre in Uvalde as a mother, as you said, it's just heartbreaking."

It's especially painful for parents like Lewis who have young children, still affected by reports of what authorities now call a racially motivated shooting in a Buffalo, New York supermarket.

"People just buying groceries," she said. "It seems that things that we normally do, places where we normally go, are they really safe spaces anymore?"

She choked up several times during our interview, and she speaks for many while also reacting to the recent violence in Triangle cities and towns.

"I'm from this area. Born, raised, grew up here. Elementary, middle school and high school here. And in a lot of cases, when we see where these shootings are taking place? I'm from here. I know where these places are," Lewis said. "In some cases, I may have had friends or family that live in these places."

That knowledge is one reason she wrote a sermon called 'You Are a Triple Threat: Anointed, Appointed and Armed'.

"Many times, when we think about being armed, we think about weapons. We think about death and devastation," Lewis said. "But as believers of God, we are armed with our definition of who God is. Then also, we as individuals have to understand that we have a role to play in some of the social issues that are going on out there. Some of the places that we once thought were safe, are no longer safe anymore. We had the massacre in Uvalde, students just trying to go to school. Teachers, just trying to teach."

Lewis delivered her sermon on the same day The U.S. Department of Justice will review the response by law officers in Texas to the Uvalde mass shooting.

Now, the search for answers goes on in Texas, Buffalo and the Triangle.

"We can't just act. We need to be intentional about how we act, and what are the things we can do to impact change. Because we can't go on like this. Life is valuable, and human life is valuable," said Lewis. "We need to understand that there is a place for us, to be able to take action in order to change things in our society."