Durham police unable to issue citations for some ordinances; here's why 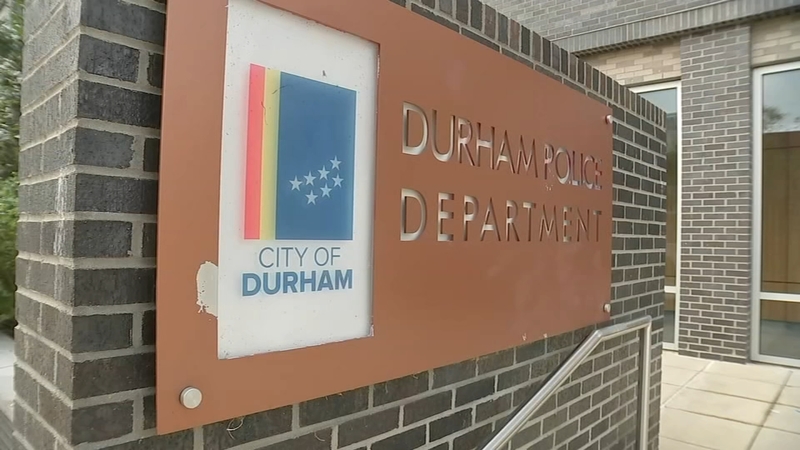 Police in Durham unable to enforce law for some ordinances

DURHAM, N.C. (WTVD) -- For decades Alisa Johnson has lived a mile from Duke University. This proximity has meant she has had to endure the noise from nearby student housing and off-campus fraternities.

"People on the porch, people in the yard, people in the street and invariable people in my yard," Johnson said. "In the early days, it was very difficult and very frustrating because, I mean, I was constantly getting people out of the yard, getting them to stop urinating on my plants or, you know, dropping leaving their cups."

She said over the years, conversation and collaboration with the Durham Police Department have helped minimize the parties and noise.

"Enforcing the noise ordinance has been one of the best ways to control these parties and to stop them when they're in the midst of being extremely disruptive and we use it quite a lot," Johnson said.

However, a few weeks ago when she called the police she was told that tool isn't an option right now.

"I spoke to an officer who was very, very nice, but it made it clear there was very little that they could do. They had been instructed not to enforce the noise ordinance," Johnson recalled. "It was extremely frustrating in that moment there was no entity, no organization that can really do anything about that issue."

The police department confirmed to the ABC11 I-Team that officers are currently unable to issue criminal citations or make arrests for some ordinances, including the city's noise ordinance.

This change stems from a change in state law related to how misdemeanors and infractions are handled by ordinances. This state law was amended in December and has impacted many of Durham's ordinances.

"The ordinances that were affected are not void. However, restoring their criminal penalties requires a comprehensive review, modification and recodification of the City Code," a Durham Police Department spokesperson wrote in an email.

Residents like Johnson are concerned about what their options are in the meantime.

"Let us know what our actual safety net is, and not give us the sense well, without these particular ones that says we're just on our own," she said.

The city said this law impacts other municipalities across the state as well.

Chapel Hill officials told the I-Team they already amended their ordinance and are able to issue criminal citations for noise.

The Apex Police Department said its ordinances never needed to be changed.

The I-Team also reached out to Fayetteville, Raleigh and Cary but have not heard back about how they are impacted.

The Durham Police Department said it is still responding to noise violation complaints.

"The primary goal with many lower-level offenses has and continues to be, to achieve compliance without necessarily involving the individual in the criminal justice system. Therefore, officers continue to address city ordinance violations through education, dialogue, and seeking voluntary cooperation from all those who live, work and visit the City of Durham," a spokesperson for the department wrote.

The spokesperson said officers have continued to issue warnings and make a report to keep a record of complaints.

Rehberg told the I-Team the city hopes to have a complete rewrite of its City Code to present to the city council by Aug. 1. However, due to recent complaints and with the anticipation of more complaints this summer, Rehberg said they hope to have the noise ordinance amended by June 6. If approved by the council, officers will once again be able to issue criminal citations after that date.

In the meantime, the police department said they are committed to working with the community to address complaints.