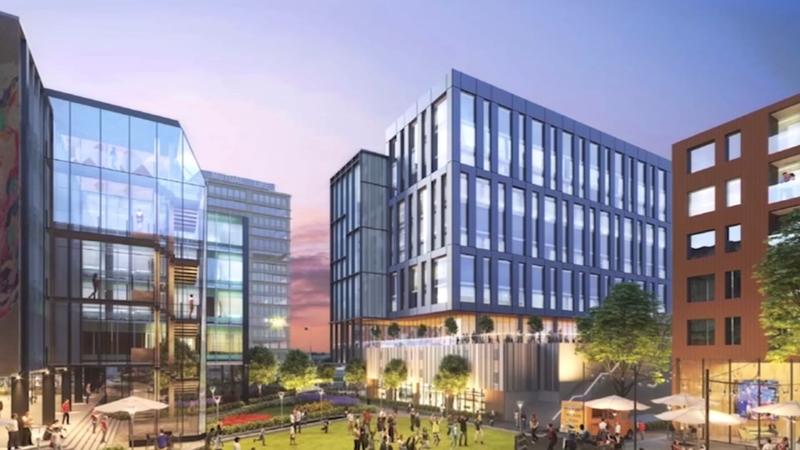 "I never knew anything to be good here," Durham resident Lamont Thompson tells ABC11 about the old Durham Police headquarters. "It was a place I never wanted to come to."

Durham city leaders are now hoping that perception will change after the council voted 6-0 to approve a major redevelopment of the three-acre property.

"It is a different city," Thompson says after hearing about the plans. "It's nothing like it was when I was growing up."

The vote by council early this month formalizes the partnership between the City of Durham and The Fallon Company, a Boston-based developer which is actually no stranger to North Carolina and the Triangle. Their plan envisions more than 350,000 square feet of commercial development, including a new office tower, plus 300 apartment units.

Eighty of those apartments, moreover, will be committed to providing affordable housing.

"WinnCompanies, The Fallon Company's residential development partner, is one of the nation's largest and most experienced owners and managers of affordable housing," city staff writes in a three-page memo supporting the partnership. Staff also complimented Fallon's designs that preserve historic buildings and the "interesting and creative financial model."

That model includes an upfront payment of more than $8.75 million - more than 90 percent of the total real estate value - at signing.

Still, the city council's optimism is being met with plenty of criticism.

Ken Spaulding, a Durham attorney and former state representative, blasted the council in a scathing letter to ABC11's news partner, the News & Observer.

"The current city council members, except for Mark-Anthony Middleton (who did not vote), are now complicit in the re-segregation and exclusion of black property owners in downtown Durham," Spaulding charges. "Others may be afraid to call out the council for this shameful vote, but I am not. Their vote shows utter disrespect for black inclusion and ownership in downtown. We will not lose our history, and we will maintain our legacy."

Spaulding represents Akridge, the firm that lost the bid to Fallon. City documents show Akridge actually offered more money for the property. The memo to city staff, however, claims Fallon's plan " leads to an increase in projected real property tax and personal property tax revenue associated with the development program."