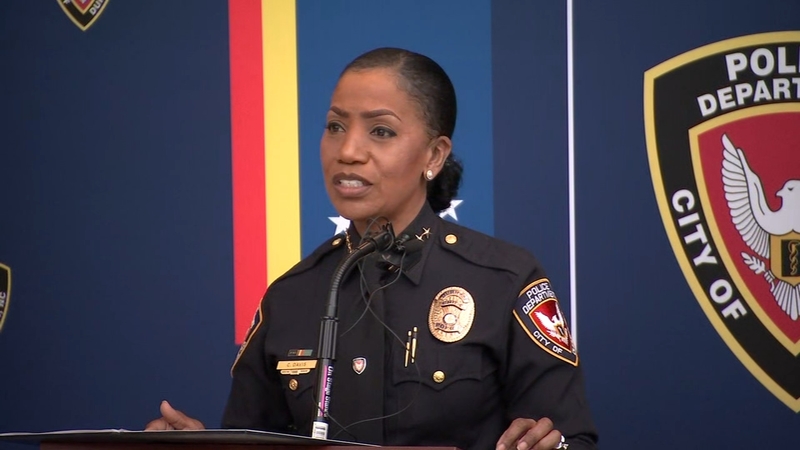 DURHAM, N.C. (WTVD) -- The City of Durham and the Durham Police Department on Thursday reiterated their commitment to fighting gun violence after a drive-by shooting over the weekend left a teenager dead.

During a news conference about violent crime, Durham Mayor Steve Schewel called all gun violence unacceptable and said he has full confidence in Chief CJ Davis.

"Every time there is a gunshot wound here in the Bull City it doesn't just tear into the body of the wounded, it tears into that family, that neighborhood and the community," he said. "The loss of a life, especially a young one is a tragedy for all of us."

During a news conference about violent crime, Durham Mayor Steve Schewel called all gun violence unacceptable and said he has full confidence in Chief CJ Davis.

Forty-two people under the age of 18 have been shot in Durham since the beginning of this year, according to data provided by the police department.

The mayor and police chief both agreed that the overwhelming majority of gun violence in Durham is driven by a few violent individuals but said policing itself is not enough. The police cannot do it alone and the community needs to respond.

"We can't do this by ourselves, we are just one cog in the wheel," Davis said. "We are at the end of the process when it comes to the criminal justice system. There is much more to do at the grassroots level to deal with the root causes of crime."

The mayor laid out four ways to fight gun violence:

"Our police force is actively engaged every single day in finding perpetrators of violence and getting them off the street and they have my full support and the support of our community," Schewel said.