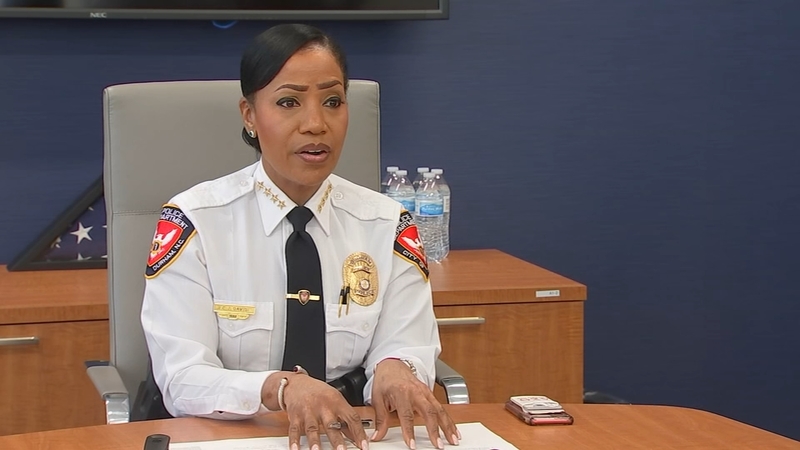 Meanwhile, leaders with the Boys and Girls of Durham and Orange counties said efforts to keep youngsters from gangs are working.

Since 2014, none of its youth younger than 18 has had negative interactions with police or become pregnant.

As for Durham police, Davis said more investigators will be added to the gang unit.

Right now it consists of eight people. Davis says that's not enough. She expects to have two deputies from the sheriff's office to join the team.

"We're still robbing Peter to pay Paul. But we have to prioritize," Davis told reporters during a question-and-answer session Thursday afternoon. "This is a priority for us. This is a priority, and we don't want to see another young person lose their life because of a couple adults mad at each other."

Davis said investigators are receiving leads on cases where eight people were shot in six locations.

The crimes happened during a two-day period. But so far, no arrests have been made.

Davis said her team is working diligently to identify the shooters.

As for their work with DPD's federal taskforce partnership with the FBI, ATF, and DEA, Chief Davis said those agencies are helping her track down other violent offenders.

"Those investigations could last for months - those will unearth and uproot criminal enterprises. Not just boots on the ground but even at a higher level," Davis said.

And then there are established organizations, such as the Boys and Girls Club of Durham and Orange Counties who aim to prevent young people from joining gangs.

Through the club's Street Smart program, Operations Director Benay Hicks said children are learning through conversations with staff what criminal gangs are and why they are wrong.

"Kids want to be here." Hicks said. "They want to leave school and come to this community. When they engage in these conversations they are able to acknowledge the difference between this community and the others that claim to be family."

Hicks said some of the children live in the area where the recent gun violence occurred.

"It's heartbreaking. We were actually talking about it all the staff over the last 24 hours," Hicks said. "Some of the kids have been in the neighborhoods as it's been going on. So they've had a lot to say. I know our middle school group has been having some serious conversation about gun violence. So we are definitely talking about it. Talking to the kids about how to be safe and we are here for them if they have any concerns."

On January 6, the club will be moving into a 32,000-square-foot space -- more than double the space of its current location.

Right now, it is at capacity, serving 100 youngsters.

Once in the new $1.2 million space off Martin Luther King Jr. Boulevard, the club will be able to accommodate 200 children. So far the club has raised $750,000 toward construction costs.

If you'd like to support, Boys and Girls Club of Durham and Orange Counties, you can do so here.