DWI driver crashes through guardrail, ends up submerged in creek 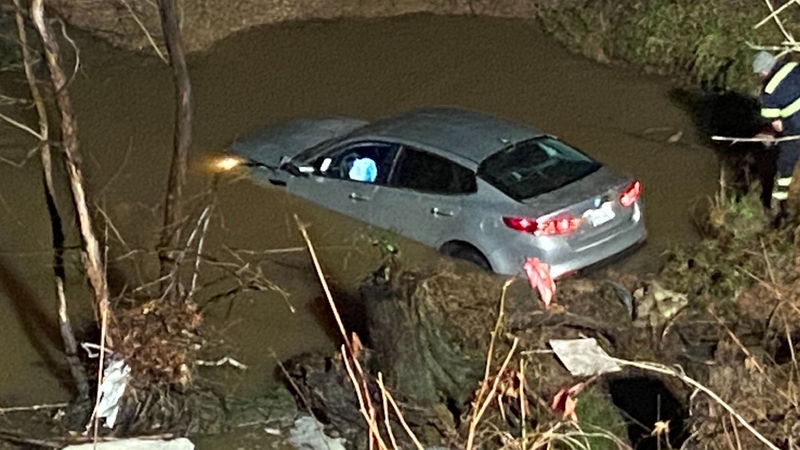 MORRISVILLE, N.C. (WTVD) -- A driver had to be taken to the hospital after crashing into a creek just hours into the new year.

It happened around 3 a.m. near the intersection of Airport Boulevard and Pleasant Grove Church Road in Morrisville.

The driver reportedly crashed after leaving a hotel in the area. North Carolina State Highway Patrol said the driver was under the influence at the time of the crash.

Investigators said the car went through the intersection, hit a guardrail, flew 20 feet down the ravine and into the creek below.