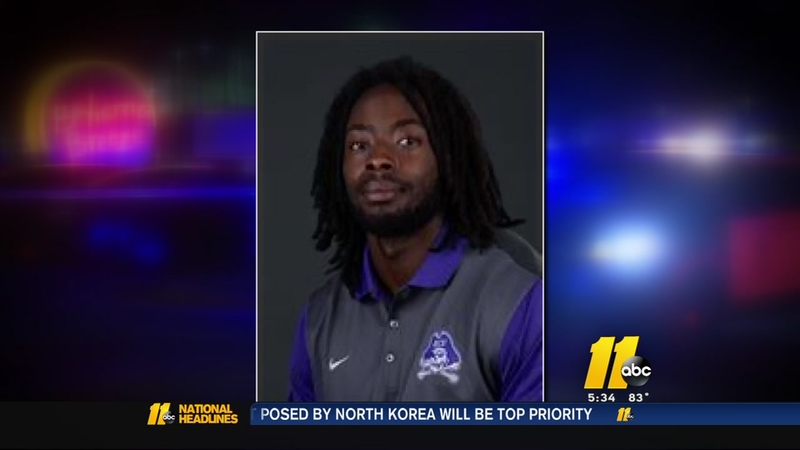 RALEIGH (WTVD) -- The family of a former ECU football player found shot to death in a Raleigh restaurant parking lot, is waiting for answers as police have not made any arrests.

Around 9:45 p.m. Friday, Raleigh police responded to a shooting call outside of the Bahama Breeze in the 3300 block of Wake Forest Road.

An eyewitness who called 911 described an altercation before hearing about a dozen shots fired.

Lennon, who played 35 career games as a defensive back for the ECU Pirates from 2011-2015, had returned to his hometown of Virginia Beach, VA, after college while still pursuing his NFL dreams.

"I know if I planted this seed right here with this little bit of change I have and invest in myself, it could work," Lennon said in a promotional video for 1String Sports Training in 2016. "Your leap of faith."

Jones said Lennon, the father of a son who turned 2-years-old a couple of weeks before the shooting, was working in construction, aiming to open a gym with Jones.

"Just somewhere kids can go and train and get the most out of their abilities," said Jones. "It's probably something now that I will push for and make that happen."

Jones described Lennon as disciplined and a hard worker with a big personality, who was happy.

Now, he's helping Lennon's mother with funeral arrangements as their family struggles to make sense of his untimely death.

"East Carolina University, the athletics department, and Pirate football program are saddened by the tragic passing of Domonique Lennon. He made a positive impact on many people during his time as a student-athlete at ECU and earned the respect of both his teammates and coaches. We extend our condolences to Domonique's family, friends, and all those who knew and loved him."