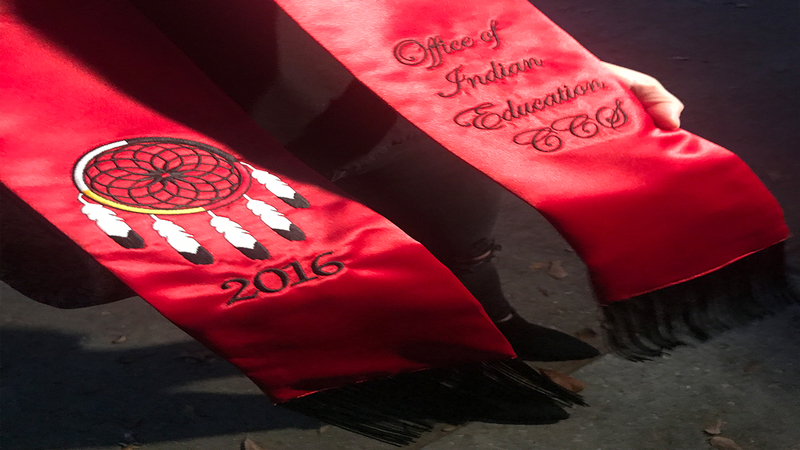 The school system recently banned stoles at graduation after nearly a dozen students in the Black History Club at Seventy-First High School tried to wear their stoles last year.

There is a petition circulating online through multiple social media platforms.

It's garnered more than 1,200 signatures so far.

Those behind the petition said the Native American graduation stoles symbolize so much.

Cheyenne Strickland is a graduate of Gray's Creek High School.

She was a senior class president in 2016 and spoke before the class during the graduation, donning her Native American stole.

"They're more than just a piece of fabric that we wear at graduation," Strickland said. "It represents who we are and where we come from. It showed that as Native American students, we can defy the odds of drop-out rates, drug and alcohol addiction and graduate."

It's a sense of pride for Strickland and her friend Destiny, who are both members of the Lumbee tribe.

"Many people wish to see their children wear the Native American stoles as they walk across the stage all through Cumberland County," said Destiny Campbell.

Last year, the Black History Club at Seventy-First High School wanted to introduce a stole but didn't get approval from the principal to move forward.

Cumberland County administrators and all 16 principals met several times leading up to the final decision of banning all non-academic stoles in early September.

"I think the intent behind this was to provide clarity and also to make graduation more uniform, where it's not about the individual but the class of 2017 or 2018," said Cumberland County board chairman Greg West. "They know the rules before going in. They'll be pulled out of graduation performances."

They are not planning to bring this petition before the school board.