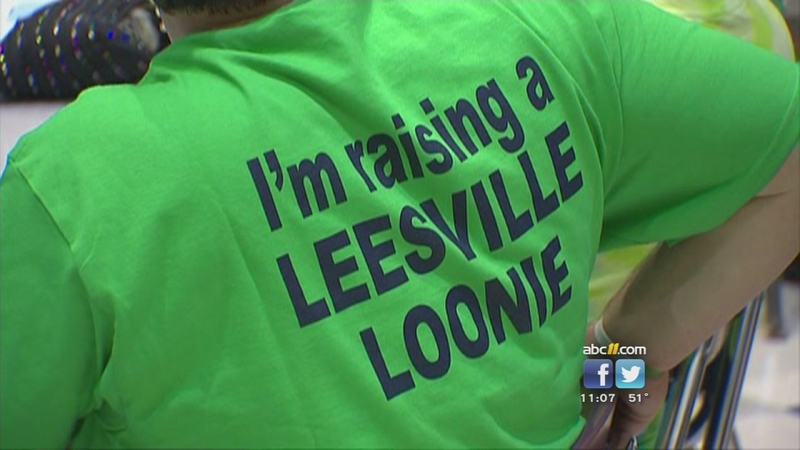 RALEIGH (WTVD) -- Some Wake County parents learned Tuesday their efforts to reverse the school district's reassignment plan that would mean busing their children from Raleigh to Cary, paid off.

The WCPSS Student Enrollment Proposal for 2016-2017 is focused on accommodating growth. The school system will see an increase of 40,000 students over the next 10 years. Five new schools are being built right now to alleviate overcrowding at existing schools and stay ahead of the projected growth.

Wake County Schools staff responded to parent feedback with its third and final draft of the Student Enrollment Proposal, by allowing seven neighborhoods to remain anchored at Leesville Road Elementary School in Raleigh instead of being reassigned to Pleasant Grove Elementary which is set to open in Cary in 2016.

Leesville Elementary's PTA President Sherry Gentry-Gasper has led the charge against reassignment, trying to keep her kindergartner in school there, but she was not spared in the district's third and final draft of the plan.

"I will not send her to Pleasant Grove," she told board members during their Tuesday night meeting. "I will do whatever I can whether that means looking at other options and that's where I really want you to hear me and hear my concerns. I will not send my child there."

"I will not send my child there." Leesville parent says she's being forced into Pleasant Grove ES #ABC11Eyewitness pic.twitter.com/5uBhM8G9b7

Parents fighting to keep their students at Mills Park Middle School in the Morrisville and Cary area, also didn't see any changes with the latest proposal draft; their children will now be moved to West Cary Middle School to alleviate overcrowding.

"We really are just forced with the difficult decision of deciding what group of students we could send to the next closest school that had capacity," Susan Evans, WCPSS Board of Education member, told Eyewitness News.

Many Morrisville parents have expressed their concerns during public information sessions, and at the meeting, telling board members, they're tired of being bounced around whenever the district needs to switch up school enrollment.

Any changes made to the proposal will now come directly from school board members; should the school board approve the Student Enrollment Proposal as it stands now, only 2.2-percent of the system's student population will be affected. More than half of those students would be eligible to grandfather in, meaning they could stay at their chosen school.

Of the students reassigned to attend a new school, rising 4th, 5th, 8th, 11th, and 12th graders can apply to grandfather, or remain, at their current school. Their siblings could also apply to transfer to the same school.

All students currently enrolled at a school and reassigned to attend another existing school are eligible to grandfather, but the student must already be enrolled and attending that school. Their siblings would also be able to apply to transfer to the same school.

WCPSS will approve these requests, but will not provide transportation to those students.

WCPSS will hold a public hearing on the Student Enrollment Proposal on Nov. 3. The board will vote on a final plan Dec. 1. 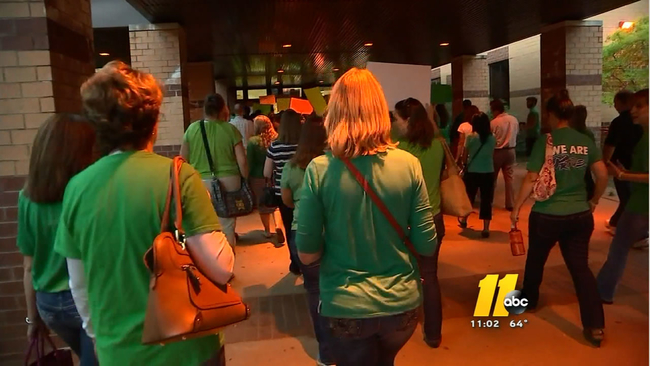