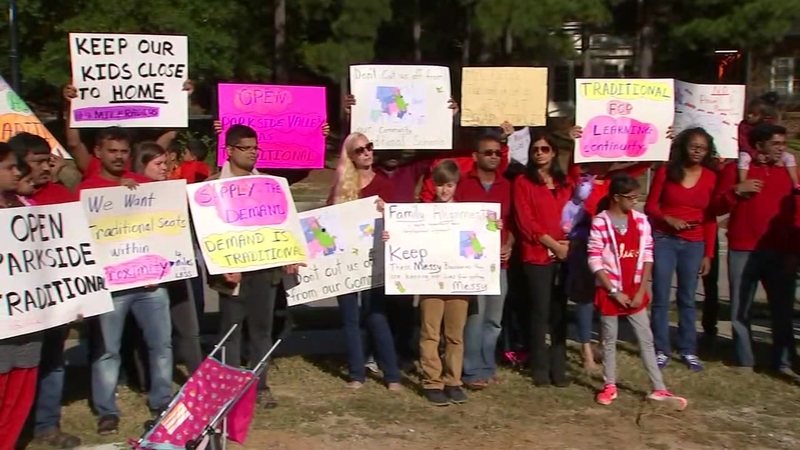 Parents in #WakeCounty protest @WCPSS school reassignment plan next year. They say the options on the table do not work for their families. The district will vote on the proposal Nov 20. 🍎 📚 #ABC11 pic.twitter.com/Yb6zfACH4f

Under the new plan proposal, Cardozo said her a second grader, who attends Cedar Ridge Elementary, will have to leave his school and either attend year-round Parkside Elementary, currently under construction, or be bused, or driven to a magnet school 20 miles away during rush hour.

Cardozo said her son, Sitdhant, is fearful and anxious.

Parents with several children are complaining that the reassignment would disrupt family schedules, vacations and extra-curricular activities, especially if one child is on a traditional calendar and another is year-round.

"Not everyone can afford to send their kids to French cooking camp for three weeks every three months," said Anne Robotti, a mother of five children.

Wake County leaders said the districts reassignment is necessary to handle the area's population boom and align with state law, requiring a reduction in class sizes.

An unpopular plan moving these folks to protest, with signs making it very clear they are not backing down.

"There is no other solution," stated Atul Mene, a father of two. "We don't want any other options."

School board leaders will be voting later this month on the final plan.

These parents also plan to protest on Election Day.

The group plans to vote against a $548 million school bond to build, renovate and expand more schools.