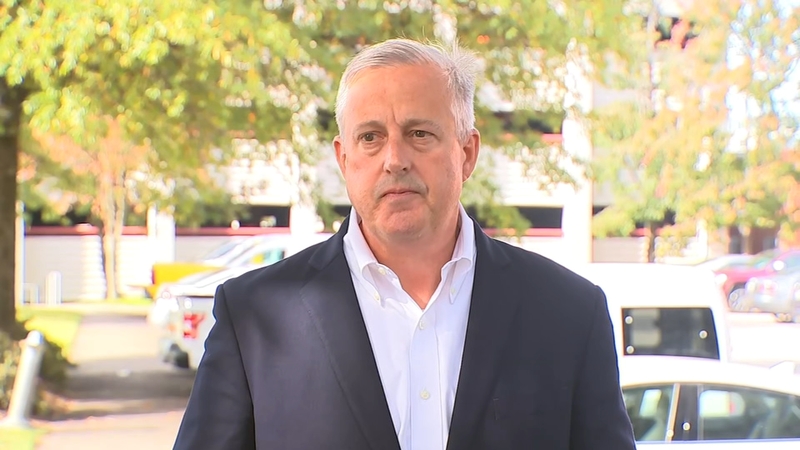 RALEIGH, N.C. (WTVD) -- The North Carolina Republican Party reiterated Friday that it was confident that Donald Trump and Thom Tillis would win their elections when the vote count was finished.

After a misleading Tweet from the party's account, Chairman Michael Whatley spoke Friday with a slightly different message.

“North Carolinians voted for Four More Years of @realdonaldtrump, and it’s time for the Board of Elections to admit it.” @WhatleyNCGOP whatleyncgop leading an enthusiastic crowd of President Trump supporters in Charlotte tonight.” #ncpol pic.twitter.com/XSrWniIYQN

Whatley said Thursday that it was time for the North Carolina Board of Elections to "admit" that Trump and Tillis won their elections.

News organizations are the ones that have teams dedicated to projecting who the winners of elections will be. But those projections do not hold any official weight. They are just services to the public.

Due to how close the race is and the increased number of absentee ballots, due to the major shift in how people voted this election, many races remain too close for ABC News to feel confident projecting.

He said he and the NC GOP are "very comfortable that we're going to have a victory when all the absentees and provisionals are counted."

He said he understood that the Board of Elections has a process to perform and he said the process should continue.

He did however make a public request to the Board of Elections to release the number of people who requested absentee ballots but voted on Election Day.

Currently, the state says there are more than 115,000 absentee ballots that were requested but not returned. The possible reasons for that are that the voter decided to vote in person, the voter's ballot was postmarked prior to Election Day but did not arrive at the Board of Elections, or the voter decided to abstain from voting.

Knowing the number of people who requested absentee ballots but voted on Election Day would narrow down the number of outstanding votes.

Whatley believes that a reduced number of outstanding votes would make it possible for news organizations to project Trump and Tillis as victorious, because he thinks there would not be enough votes left to change the outcome.