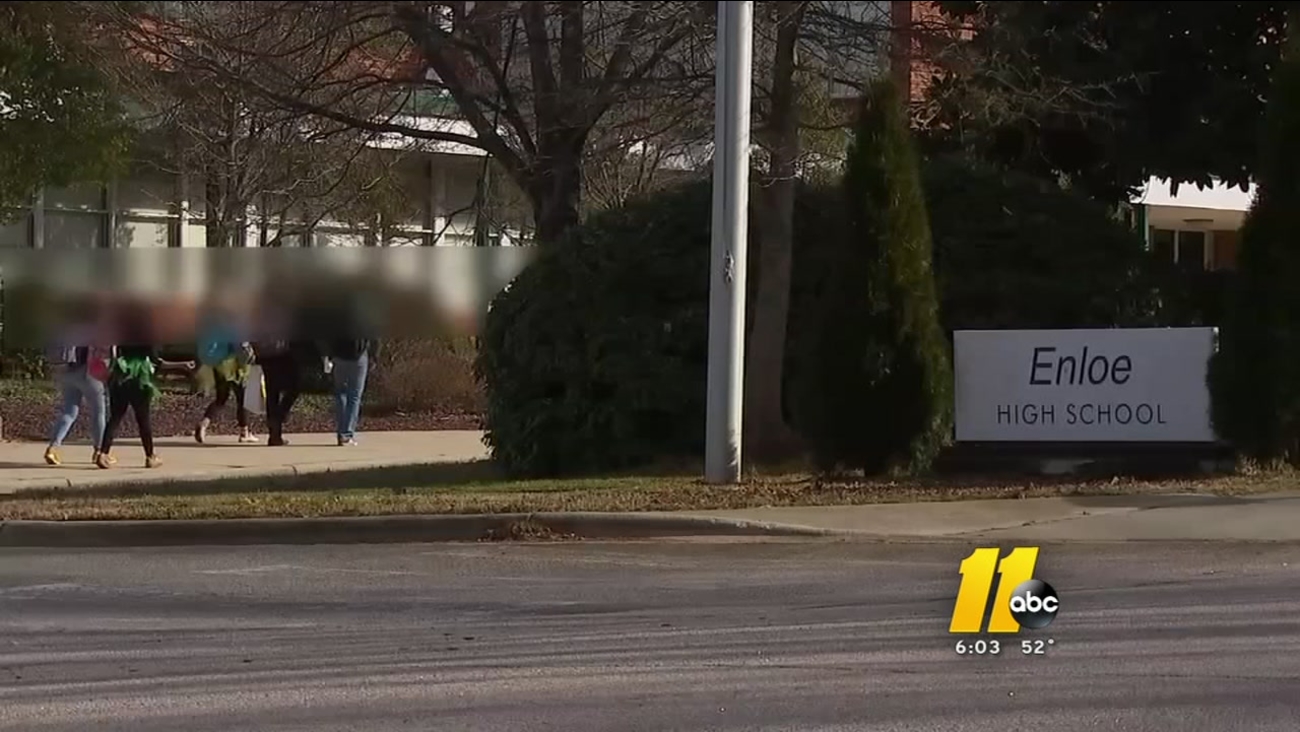 After a gun was found at Enloe High School on Thursday, some are wondering how safe schools are.

RALEIGH, NC (WTVD) -- The day after police said 16-year-old Willie Harvey Witherspoon brought a .22 caliber sawed-off rifle to school, the Enloe High School student was in a courtroom Friday. The teenager is charged with felony possession of a firearm on educational property.

Friday, at least one teacher at Enloe had a discussion about whether more security is needed on school campuses. Extra security and Raleigh police were on patrol at the school's campus Friday as well.

Officials with the Wake County Public School System did not offer a motive for Witherspoon's actions. The district, however, touted its Safe Schools Tip Line for people to use to report an incident. The number for the Tip Line is 919-856-1911 and can be found online at www.wcpss.net/tipline.

"That phone is manned 24 hours a day, 7 days a week, 365 days a year to answer that phone," said WCPSS spokesperson Heather Lawing. "As soon as we get a tip on that tip line, we immediately start assessing that we start notifying the necessary people so we can start that investigation."

During the 2014-2015 and 2015-2016 school years, WCPSS said there were 637 incidents of students in possession of a weapon, with four of those instances an actual possession of a firearm and three cases of assault with a weapon.

An app called Speak Up is being piloted across the state at a number of schools. This is what it looks like. Will be used to send tips to officials. WCPSS is not part of the pilot. #SchoolSafety #ABC11 pic.twitter.com/RDW3HDtZ76

At the state level, an app called Speak Up is being used at a number of schools across the state to assist law enforcement and school districts by accepting reports or tips of potential incidents.