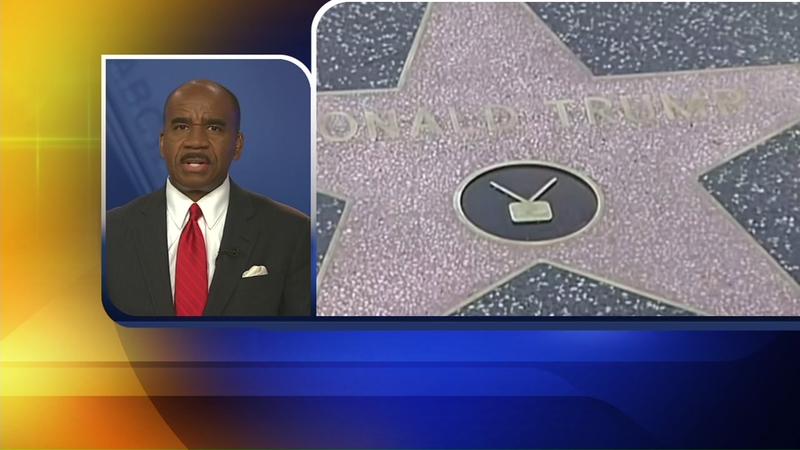 The resolution urges the Hollywood Chamber of Commerce and Los Angeles to remove the star because of what it says is Trump's "disturbing treatment of women and other actions."

However, chamber president Leron Gubler tells the Los Angeles Times the chamber has never removed a star because it's considered part of the walk's "historic fabric."

Monday's vote came after a man accused of taking a pickax to the star last month was charged with a felony count of vandalism. The star was previously vandalized days before the November 2016 election.

It has been repaired.