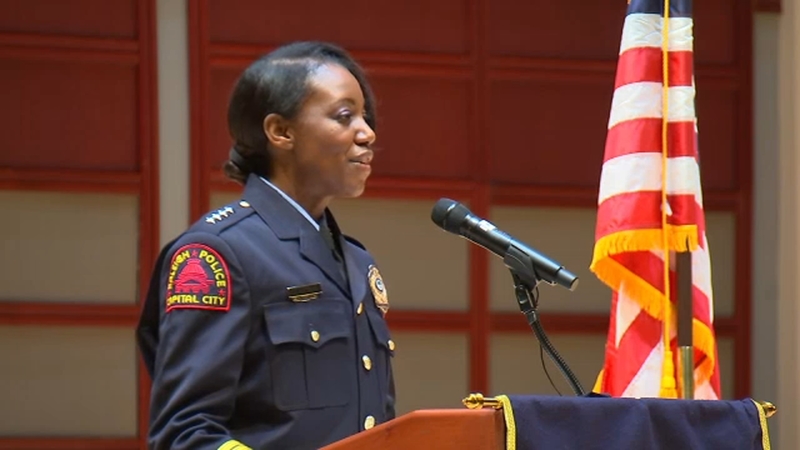 Estella Patterson was sworn in at 10 a.m. at the Duke Energy Center for the Performing Arts.

"I am deeply humbled to stand before you as the chief of police of the Raleigh Police Department," Patterson said during her speech.

The insignia of the police chief was pinned to Chief Patterson's uniform by her husband, Lance Patterson.

During her speech, Patterson emphasized themes of unity within the department and between law enforcement and the community.

"I believe now is an excellent time for us to stand together to make Raleigh the national example in bridging the trust gap between police and community; in making Raleigh the best practices model in effectively addressing and reducing violent crime," she said.

Patterson was previously a Deputy Chief with the Charlotte-Mecklenburg Police Department. She had been a member of CMPD since 1996, serving in several roles, including patrol officer, instructor, division commander, recruitment director, and Internal Affairs commander.