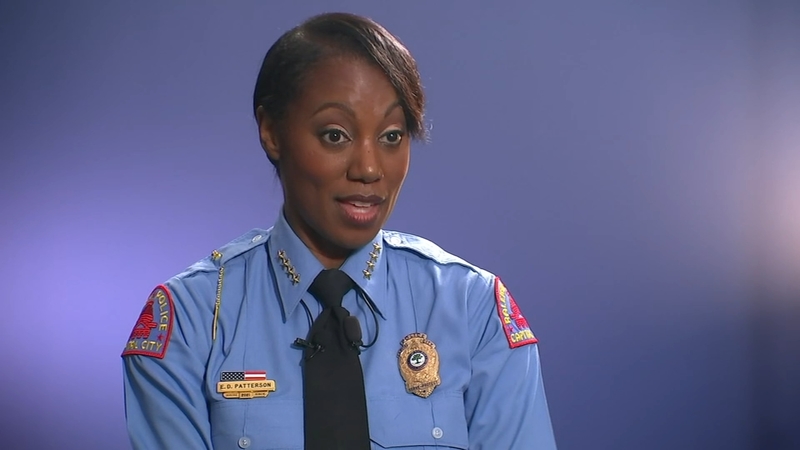 She opens up about how she chose the profession, what she does when she's not in uniform, and what her top priorities are as the city's new top cop.

Chief Stella Patterson says regaining the public's trust is high on her wish list, and she says she's ready to do the work. Patterson joins the force after many years climbing the ranks at the Charlotte-Mecklenburg Police Department where she says she is proud of the use of force changes she helps implement with the department.

"Firstly, making sure that from the police perspective that our officers are well-trained, that they understand the law, that they know first amendment law, and they know that individuals can peacefully protest," Patterson said.

After spending more than two decades of her career in Charlotte, she says Raleigh is similar when it comes to growth which sometimes, unfortunately, breeds crime. Her mission is to reduce the violent crimes our city is seeing, and she says that can only happen by improving relationships between police and the community.

The mother of two sons says she understands the fears Black mothers have when they leave home or encounter police. That reality and the death of Fayetteville-native George Floyd are both reasons why Patterson insists proper training and supervision is paramount within the department.

Chief Patterson says communication with the community and transparency with the media are both important to her success as a leader.

So, why Raleigh after 25 years with Charlotte-Mecklenburg Police Department? Patterson says it was the progressive thinking the department presents in moving the city forward. Patterson acknowledges it being a tough time to be in uniform, after the civil unrest of last summer, but maintains serving and protecting is an honor, and recruitment is high on her 'to do' list.

In the coming weeks, she plans to get out to meet more of her officers and members of the community to get a gauge on where she needs to begin making changes for the city of Raleigh.
Report a correction or typo
Related topics:
societyraleighpolice chiefraleigh newsraleigh police
Copyright © 2022 WTVD-TV. All Rights Reserved.
RALEIGH POLICE
No charges for RPD officers in I-440 shooting of driver after crash
Family of man shot by police calls for officer to be fired
RPD unveils draft de-escalation policy community listening session
Activists push for RPD to make real change on use of force
TOP STORIES
Durham police involved in shootout after vehicles enter crime scene
Abortion rights supporters lead protest in Cary
PGA Tour Pro Varner III donates to Durham-based SwingPals
At least 730 flights canceled across US on Sunday
Target, Walmart weigh paying you not to bring back unwanted items
Roe ruling shows complex relationship between court, public
Man shot, killed in Fayetteville, police searching for suspect
Show More
A person was killed in alligator attack near Myrtle Beach in SC
US basketball star Brittney Griner due in Russian court
Durham museum hosts its first family LGBTQ+ activity
There are many ways to eat healthy amid high food prices, experts say
Solar patio umbrellas sold at Costco recalled after multiple fires
More TOP STORIES News