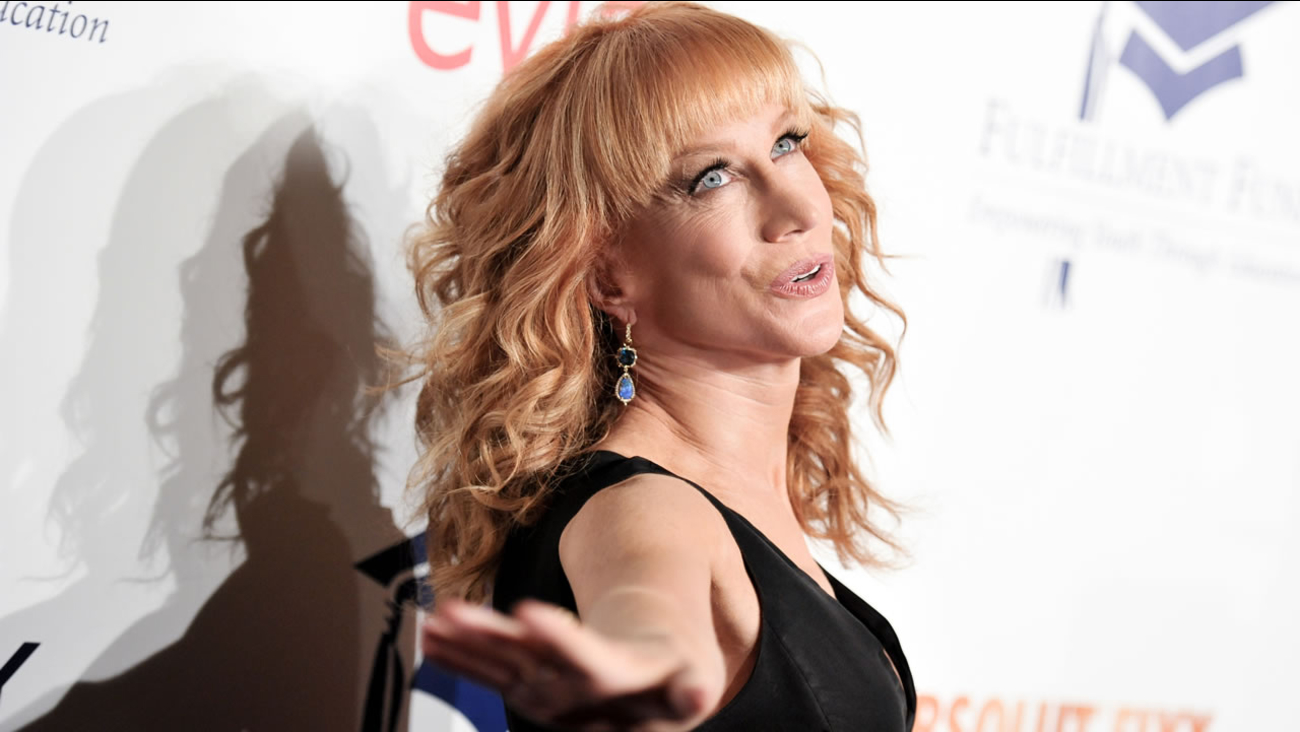 NEW YORK -- Kathy Griffin likes to joke (or is she serious?) that, one year on her tax return, she put her profession as "Anonymous." Such is her multi-hyphenate stature: a standup comic, sitcom star, reality-show queen, periodic D-Lister and, now, host of "Fashion Police," E! network's rollicking red-carpet rip.

Griffin has retrieved the couture-critique mantel from Joan Rivers, who presided riotously in cahoots with her "Joan Rangers" until her death last summer.

"She obviously left very big shoes," said Griffin. "But we agree that it's essential to comedy to be fearless and not be afraid to make enemies - certainly, in Hollywood! C'mon, we're not talking about heads of state here."

As she spoke Friday, she was not in Hollywood but Manhattan, fresh from taping a "Fashion Police" special taking stock of New York Fashion Week. The show originated from the huge tent at Lincoln Center, where Griffin joined panelists Brad Goreski, Kelly Osbourne and Giuliana Rancic to pronounce unflinching verdicts on outfits worn by such A-listers as Rihanna ("Oshkosh B'gosh and bedazzled") and Natalie Dormer ("these gloves look like a bad case of varicose veins").

Here's a condensed version of the conversation that followed:

The Associated Press: Are you looking forward to your Academy Awards 'Fashion Police' special? (It airs Monday at 9 p.m. EST.)

Kathy Griffin: The Oscars are gonna be great! Other award shows, everybody's just trying to out-crazy each other with their fashions. But for the Oscars, these men and women are trying to win an award they care about, while at the same time they know they're being judged even more harshly on what they wear.

AP: Where will you watch the Oscars Sunday night?

Griffin: I haven't decided whether to go to a party where I can get more material, or just watch at home, judging harshly in silence.

AP: Do you ever worry that you go too far with your fashion policing?

AP: But what qualifies you to weigh in on their fashion foibles?

Griffin: I've been there! I've been on the worst-dressed list and the best-dressed list. I started with (the 1990s sitcom) 'Suddenly Susan' going to red-carpet events. I won two Emmys (for 'My Life on the D-List'). I have a Grammy (for best comedy album). I've really been around the block. And I have really learned about fashion. I'm right there in the (Carolina) Herrera and the (Oscar) de la Renta.

AP: Are you still a D-Lister?

Griffin: It goes back and forth. You win an Emmy: A-List. You're in an airport and someone says, 'Hello, Miss Gifford': D-List. I've been on ALL the lists, and I've learned that none of them really mean anything.

AP: Is it hard not to play favorites with your friends or really big stars?

Griffin: There is no one who's off the table, no matter if I'm friendly with them or how famous they are.

Griffin: You are so on the table right now you might as well be a Kardashian.

Griffin: Holding back on the four-letter words I use in my standup act. I have self-diagnosed Tourette Syndrome.

AP: What if you had the chance to replace Jon Stewart on 'The Daily Show'?

Griffin: That would be great. But God forbid they would let a woman do it!

Griffin: I will get one, if that's what it requires. But I would love to see a woman at that helm.

AP: What would you prefer, hosting 'The Daily Show' or replacing Brian Williams on 'NBC Nightly News'?

Griffin: I'm given to exaggeration in my act. I think I should host 'Nightly News.' I've had a lot of training. I've been in the war zones of situation comedy as well as talk shows and reality shows. There's no bombs that haven't fallen on me in some way. And I was there when Osama bin Laden was shot. I was pointing and going, 'Brian! He's over here!'