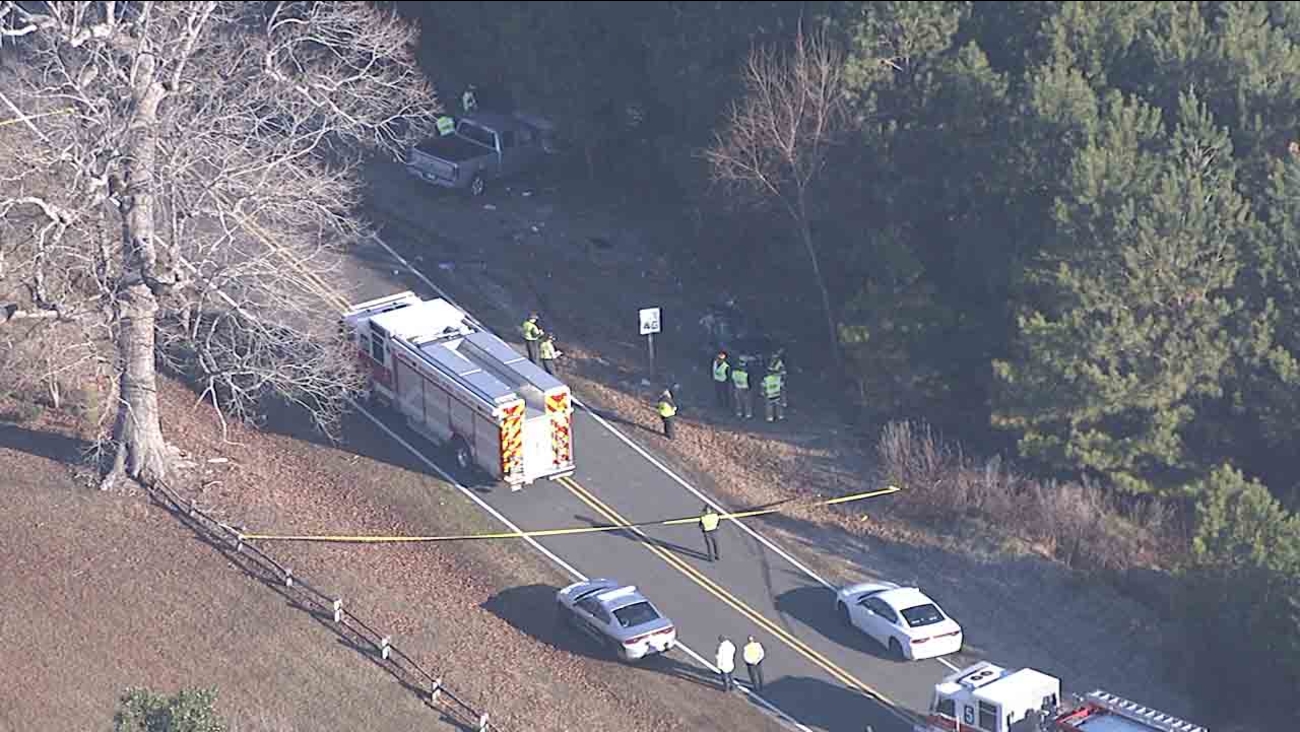 WAKE COUNTY (WTVD) -- Two men who coincidentally worked for the same company were involved in a head-on crash Friday morning in Wake County, which left one of them dead.

The incident happened just after 8 a.m. Friday near the 4000 block of Auburn Church Road.

Chopper 11 HD was over the scene moments after the crash was reported.

The Highway Patrol said a 1999 Acura going south on Auburn Church Road veered off the road to the right and then overcorrected, striking an oncoming Dodge Ram pickup.

The Acura driver was ejected from his vehicle and pronounced dead at the scene, troopers said. He was identified as Michael Wesley Robinette, 27, originally from West Virginia.

The pickup driver, William Ray Brewer, 71, was taken to WakeMed with minor injuries.

Both men worked at Waste Industries in Garner. Troopers told ABC11 the two men knew each other.

The road was closed until about 11:30 a.m. while troopers cleared the scene.