'We have an accountability to our community.' Fayetteville awards 'micro-grants' to address crime 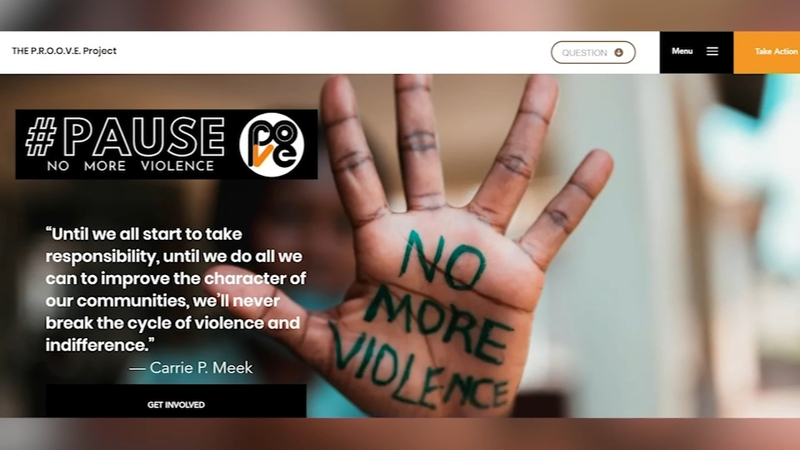 Fayetteville awards 'micro-grants' to address crime in the city

This week, a community-based advisory group in Fayetteville awarded 32 applicants a total of $50,000 with the goal of reducing crime in four ZIP codes within city limits.

"We appreciate the city in having an initiative to say that we can at least do something in the meantime," said award recipient Kevin Brooks. Brooks operates a nonprofit program called Proove, which is an acronym for Proactive Outreach Over Violence with Education. "We want people to pause and think about how violence is affecting our communities. We want people perpetrating the violence to pause and think about whether it's the best thing for them to do in that circumstance. Because there is consequences to violent crime," he said.

"There is an accountability factor that comes into fact that we are partners that live in these neighborhoods amongst these people that are victims of (crime) or again are perpetrators of this violent crime. We have to be proactive," added Brooks.

The smallest award given was $900, which was given to Kings Grant Neighborhood Watch. The largest awards, $5,000, were given to Brooks and Fayetteville-Raeford CARES Mentoring Movement. It's a nonprofit that offers mobile mentoring program via onsite tutoring, study assistance, social and learning interaction.

Economic and Community Development Director Chris Cauley provided this statement to ABC11 about the grants:

"A total of 114 people engaged with the application system. Of the total, 62 did not move beyond the initial stages of creating a username and password and another 7 were contacted for follow up and elected to not proceed. An additional 7 applicants were deemed duplicative and 6 applications were submitted after the deadline. This left us with 32 completed applications that required varying degrees of staff assistance to meet the requirements. I am proud of the outreach and technical assistance conducted by the team."

"$200-thousand dollars ain't enough. I'll just say that right there," said Brooks. "We know that it's just a drop in the bucket. We appreciate the city in having an initiative to say that we can at least do something in the meantime."

Fayetteville Police Chief Gina Hawkins was not available for comment on the program's origination and efficacy measurement.

"We have an accountability to our community," Brooks added. "None of us have the silver bullet. None of us is going to stop violent crime in itself. But those people in the community who cannot do anything need to see that somebody is doing something. So I just want to thank them," he said, speaking of the others who received funding.

Brooks plans to use the money by creating a mini-documentary that offers real-life scenarios of community interactions while providing non-violent conflict resolution suggestions.

"The measuring stick is their involvement and addressing the issues that we all see," said Brooks.