911 callers report things fell off Fayetteville home as it burned 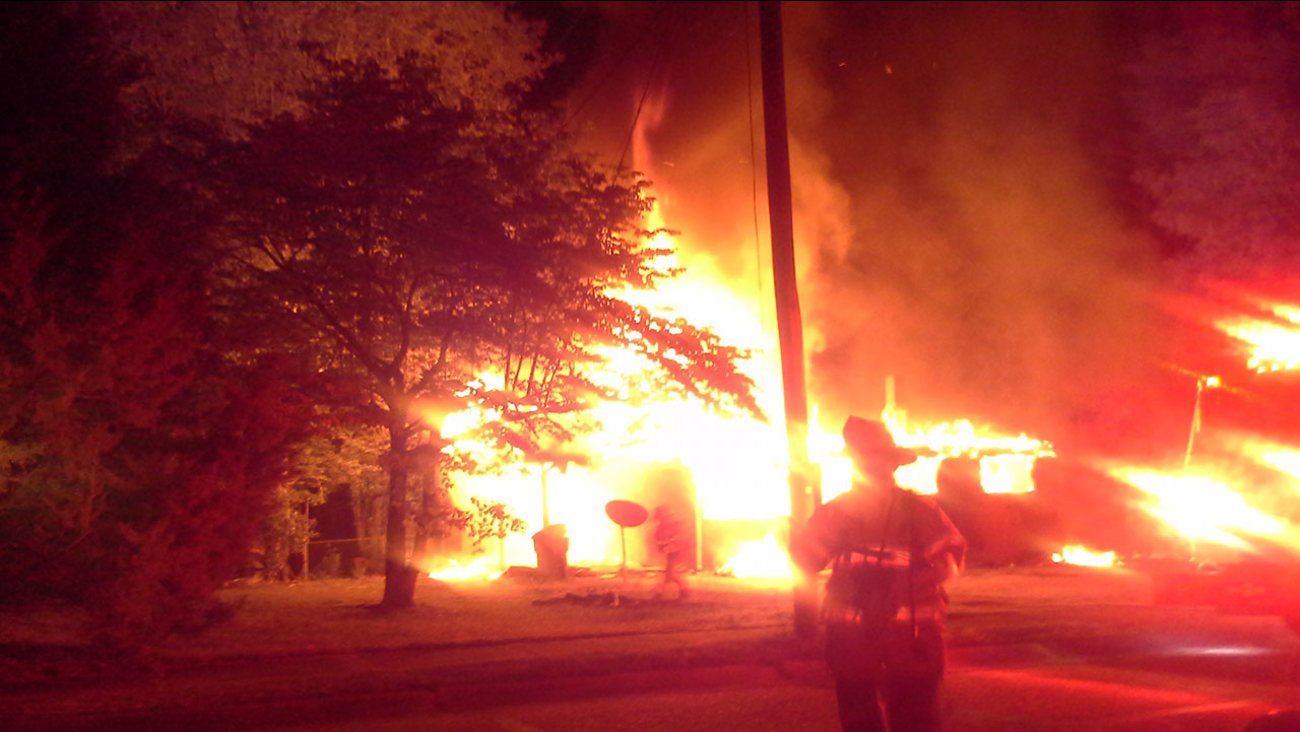 FAYETTEVILLE (WTVD) -- Authorities in Fayetteville are investigating the cause of a house fire that broke out early Thursday morning.

Just after 4 a.m., neighbors called 911 to report the fire at 121 Hillview Avenue off Ramsey Street, near Lucille Saunders Elementary School.

Callers said things were falling off the house as it burned, and said one woman was blowing her car horn in an attempt to wake anyone who may have been inside the home.

However, authorities said someone in the background of the call said sheriff's deputies put a sign on the door to evict the people living in the house, and that they moved out Wednesday.

The fire was contained to the house and yard and did not impact the nearby school.

Fire crews are currently investigating to determine if the home was vacant at the time of the blaze.

There is no estimate on damage although the home is considered to be a total loss. The cause of the fire has not been released.