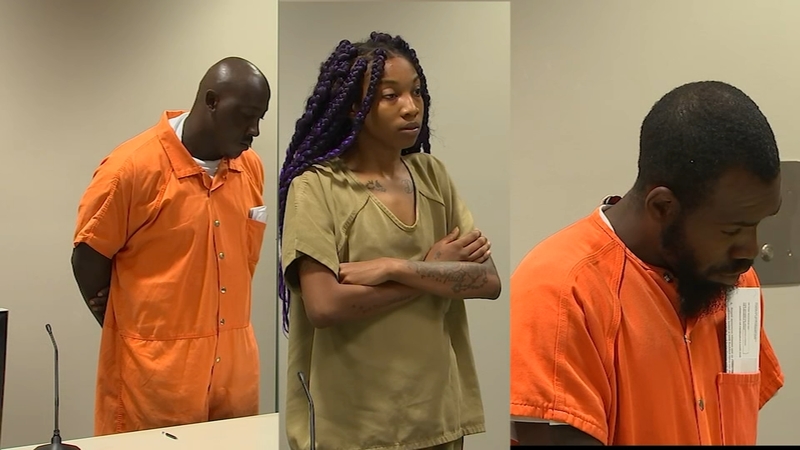 FAYETTEVILLE, N.C. (WTVD) -- Three people have been arrested in the death of a young mother of seven who was shot and killed in Fayetteville in August.

The shooting happened on Aug. 23 on Danish Drive. Police arrived to find Chakita Jones, 25, unresponsive clutching one of her children to shield them from the bullets. Jones was taken to the hospital where she later died.

The sources said the shooting was a product of retaliation.

All three suspects went in front of a judge Tuesday. Police say they worked to plan out a hit on the home that night.

"It helps a little bit to know and not to wonder, 'ok who did this. Where is this person at?' It brings closure but not closure to me as far as having her back or anything," he said.

Jones' family said the shooters fired about 30 times. The shots were fired at the house where Jones was staying with her seven children and some visiting cousins.

Nobody else was injured in the shooting.