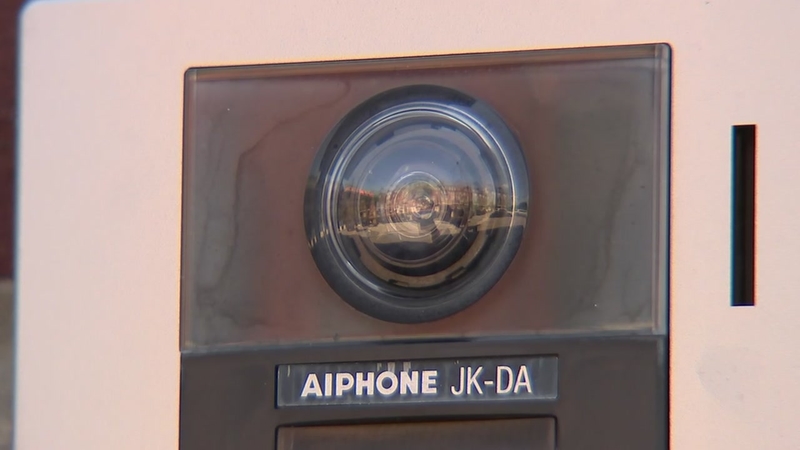 How your Ring doorbell can help Fayetteville police fight crime

FAYETTEVILLE, N.C. (WTVD) -- The Fayetteville Police Department is partnering with the makers of "Ring," a doorbell surveillance provider, on their newest smartphone app "Neighbors". The app allows residents to share videos of suspicious incidents and police to send real-time emergency crime alerts.

When someone breaks in your house, steals a package, or a commits a crime, your first instinct is likely to call the police.

But thanks to the "Neighbors" app, police may be the ones giving you a ring.

"Neighbors" is a free app that allows people to post and watch home security videos of suspicious people or incidents in their neighborhood. For police, it's an extra set of eyes. Thousands of them, actually.

"Five thousand ring users in the city of Fayetteville and that's was really impressive about this because we get 5,000 cameras," said Major Nolette.

"The great part of this is that it allows us to request video from other people in that area very quickly instead of having to do a door-to-door walk down we can send out a request and if you're in that area or signed up in that neighborhood you'll get an alert," said Nolette.

Fayetteville police invited ABC11 to experience the app from their view.

"If we need to request videos it's going to show us where the cameras are," Sergeant Shawn Strepay explained.

Sergeant Shawn Strepay has been testing out the service for a few days now and the department has already solved a case.

One man was caught stealing a bike from a military couple's carport. Police caught the video on neighbors cameras and the suspect Curtis Dean Edwards was arrested days later.

"This victim didn't want to bother the police department with reporting the crime so we were able to locate that person and then eventually charge the suspect get a police report and actually put him in jail," said Nolette.

ABC11 went to talk with the victim but no one was home. But we did find that the entire neighborhood had been outfitted with doorbell cameras.

"Yeah I like that the ability of seeing what's going on 24-7," said Kevin Cook.

While Cook didn't know about this incident near his home, he's thankful that police did.

The Neighbors App is free and you do not have to have a Ring Doorbell system to sign up.