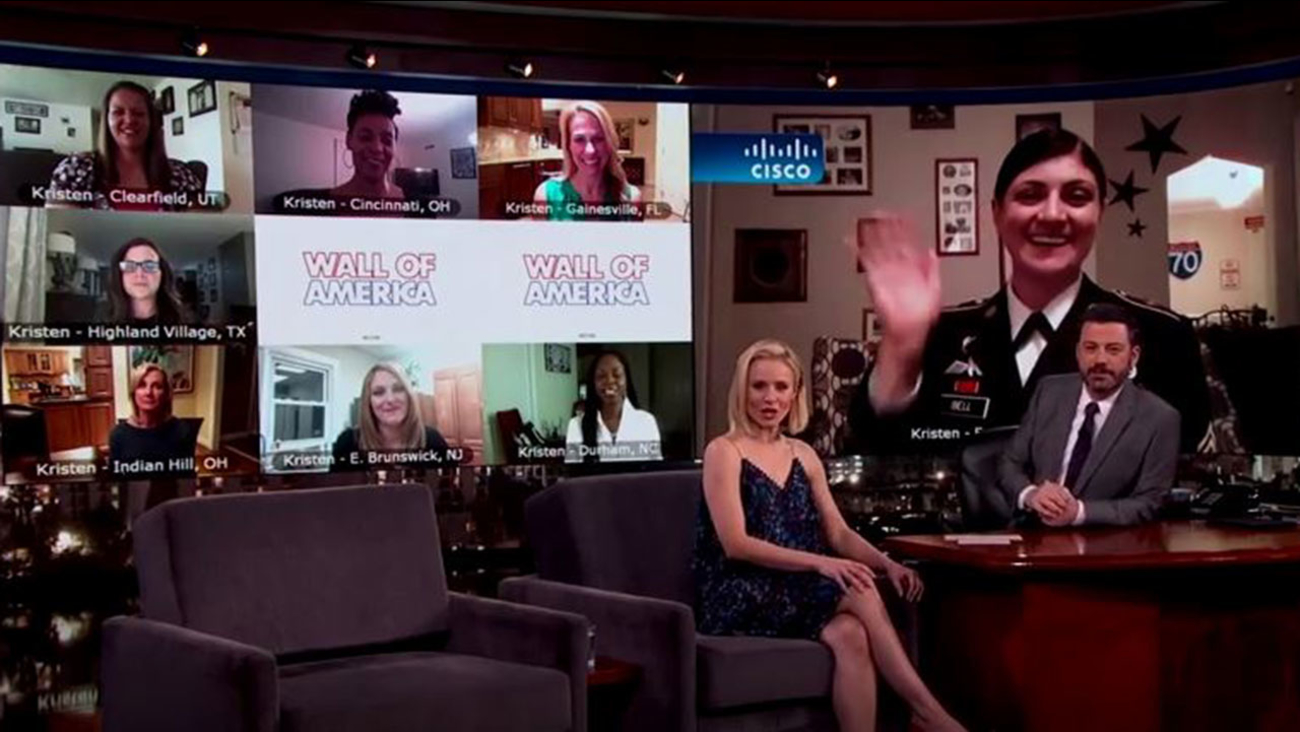 FAYETTEVILLE (WTVD) -- A local face popped up on Jimmy Kimmel Live! this week.

Staff Sgt. Kristen Bell of Fayetteville was one of nine women from around the country who spoke with actress Kristen Bell about sharing the same name.

It was part of Kimmel's Wall of America segment.

The late-night host started off by asking Staff Sgt. Bell what her middle name was - Renee - then asked about the uniform she was wearing.

"I'm a staff sergeant in the Army Reserve," she said.


They talked about her military duties and how she is a signal soldier in an airborne unit.

I just like to talk on the phone and jump out of airplanes," Staff Sgt. Bell said.

"This Kristen Bell gets pushed out of planes!" Kimmel added.