'You need to find a good balance': Fayetteville Army veteran reacts to announcement of troop withdrawal from Iraq, Afghanistan 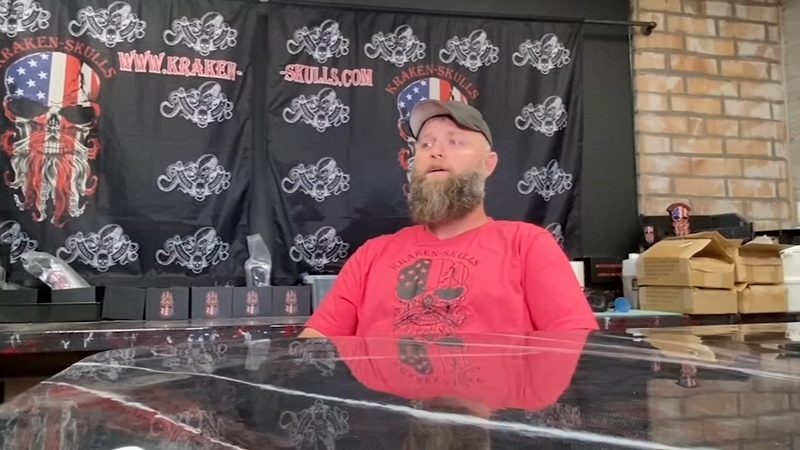 'You need to find a good balance': Fayetteville Army veteran reacts to announcement of troop withdrawal from Iraq and Afghanistan

FAYETTEVILLE, N.C. (WTVD) -- On Tuesday, Acting Defense Secretary Chris Miller announced that the U.S. is going to greatly reduce the number of U.S. troops in Afghanistan and Iraq.

Right now, there are 4,500 soldiers in Afghanistan and 3,000 in Iraq. For Fayetteville Army veteran Chad, he is no stranger to the tumultuous few decades in those places.

Pentagon to cut troop levels to 2,500 in Iraq, Afghanistan

The Army veteran spent 20 years in the military, most at Fort Bragg. Chad started off in the 82nd Airborne Division, eventually moving to Special Operations. He's taken part in 12 combat rotations.

Since retiring, Chad has opened up a Fayetteville business called "Kraken-Skulls." The multi-complex provides locals with a place to get a haircut, socialize and even purchase skincare and printed clothing.

Chad told ABC11 that bringing down the number of troops in the Middle East should be taken lightly.

"Tipping the scales too high in one direction," Chad said. "You need to find a good balance."

The reduction in U.S. troops has been underway since the it signed a peace deal with the Taliban. In it, officials promised to pull out every soldier by May 2021. Chad said removing everyone could offer an opportunity for possible threats to arise or return.

"Dive into a lot of those smaller villages in Afghanistan and even smaller cities in Iraq, you know, they don't have the ability to help themselves at all," Chad said.