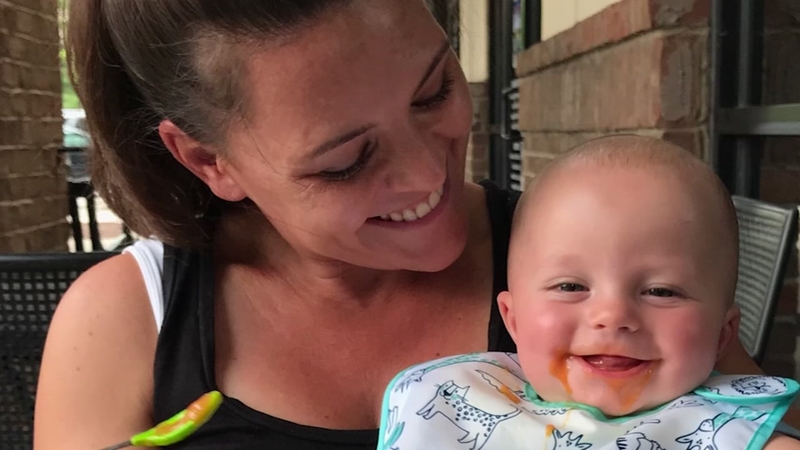 RALEIGH, N.C. (WTVD) -- When the news broke this week that a mix-up at a California infertility clinic left some women carrying other couple's babies many here in the Triangle drew a deep breath.

In vitro fertilization brought the world its first test tube baby (as they were called then) in 1978.

Since then the procedure has become extremely popular and common.

A doctor at Carolina Conceptions, a Raleigh infertility clinic, estimates that tens of thousands of women have tried IVF during the past four decades in the Triangle alone.

Bowling was among the many who took note of the mix-up story this week.

"To know that that big of a mistake happened that affected so many families in such a sensitive field that we work in just breaks your heart," Bowling told ABC11.

On Friday, Bowling and one of her patients spoke to ABC11 about security protocol with IVF.

When Hannah Bost showed up, the first thing she and the doctor talked about was Bost's 5-month-old son, William.

"How's it going with your new baby?" Bowling asked.

But when asked about the embryo mix-up making international news Bost's mood change.

"I was absolutely heartbroken. I cannot even imagine being on either end of that story," she said.

Bost has three embryos frozen in liquid nitrogen and stored at the clinic, embryos she trusts will be transferred to her womb in the future.

And for patients, "trust" is the key word.

"In something so personal and private sometimes and emotional, you want to trust the person that's taking care of that," Bost said.

Bowling said they are taking every precaution, and she noted: "as scared as they are of that happening we as the physicians and embryologists are more scared of a mix-up happening because this is such a sensitive area, this is such a high stakes world that we are working in."

Bowling said protocol at the Carolina Conceptions clinic call for two-person verification to make sure all samples including embryos are properly labeled.

She said there are double and triple checks.

And when embryos are transferred to women's wombs, those women are asked at each stage for their name and date of birth to make sure they are getting their own embryos.

"They are so organized back there and have so many checks and balances," she said. "I think you just see the efficiency of everybody in the office and everybody knows what they're doing, where they're going. And it makes you feel better."

Bowling has an interesting perspective about all this.

After getting her degree in fertility medicine she found she was infertile.

She is now the mother of four IVF babies.

"It is about trust, and I'm happy to have gone through it and understand it from the patient side and be able to use that to help my patients put their trust in me," she said.

That's something Bost and her husband have already done and it resulted in the birth of their first child, William.

If it works with the three remaining embryos, Bost, like her doctor, will be the proud mother of four IVF babies.

And she said that although protocol and procedure are important to the doctors and staff at the clinic, for her and her husband, it all comes down to trust.
Report a correction or typo
Related topics:
family & parentingraleighwake countymotherhoodparentingbabypregnancyfamilyfertility
Copyright © 2022 WTVD-TV. All Rights Reserved.
TOP STORIES
Solar patio umbrellas sold at Costco recalled after multiple fires
Biden: G-7 to ban Russian gold in response to Ukraine war
Cop who sought GOP bid allegedly punches state senate candidate: video
Anglers of all ages can fish for free in NC on July 4
Out Raleigh celebrants react to possible SCOTUS actions
22 people were found dead in a South African tavern: police
ABC11 to present Raleigh's July 4th fireworks show at Dix Park
Show More
1 person dead after shooting in Durham
Ghislaine Maxwell on suicide watch but isn't suicidal, lawyer says
Biden signs landmark gun measure, says 'lives will be saved'
Trudeau: US abortion ruling could mean loss of other rights
Abortion rights supporters fill the streets of cities nationwide
More TOP STORIES News