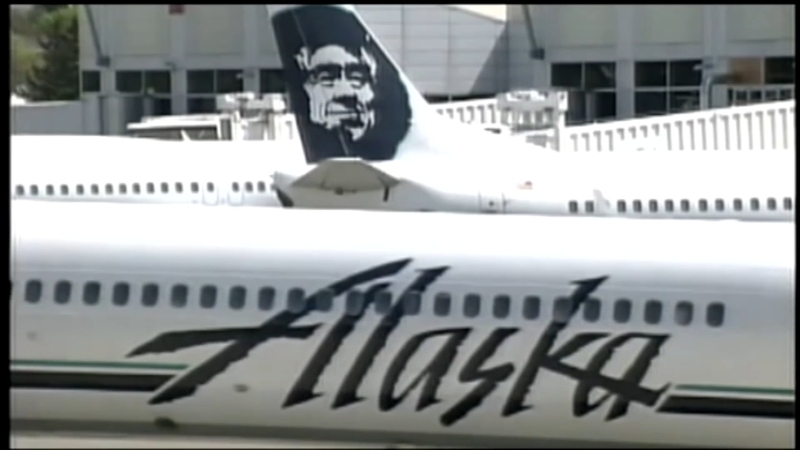 MORRISVILLE, N.C. (WTVD) -- A San Francisco-bound flight departing from RDU was canceled after passengers said they waited on the tarmac for more than two hours.

"It seemed ridiculous to me that all of us woke up early this morning to get up on a super early flight, non-stop flight, and once we got on it, we're told that the flight can't take off," said Mitch Danforth, a passenger on Alaska Airlines Flight 709.

Danforth said he boarded around 6:15 Saturday morning, and all appeared normal.

He said a member of the flight crew made an announcement over the loudspeaker that they could not use the longer runway, and thus needed 35 passengers to switch flights in order to lessen the weight on-board.

"The most frustrating part to me was they weren't offering any incentives that would have gotten people off the flight," said Danforth.

The airline did not find enough passengers to switch, and eventually, the flight was canceled. Danforth said he de-boarded at 8:45.

In a Twitter response to a passenger, Alaska Airlines said they were offering "compensation" but did not provide specifics. A follow-up tweet to the passenger said: "This flight had to cancel due to the crew timing out."

Danforth estimated that there were about 150 people on the flight. He said passengers who did not make their own, separate plans were re-booked to an 8 p.m. flight Saturday; that flight ended up being delayed by two-and-a-half hours, and they did not land in San Francisco until 1:15 a.m. Sunday morning.

"For me, it's about the stress of traveling. Yes, we lost today in San Francisco which is frustrating enough, but it's about the rental car bookings, it's about the hotel, it's about all the pieces of the puzzle. And now we just have to completely change our plans because they didn't have things lined up correctly," Danforth said.

A customer service rep told Danforth that guests would be compensated, and encouraged him to save his receipts for meals incurred during the wait for reimbursement.

When asked about an agreement between RDU and Alaska Airlines to allow them to use the longer runway on certain flights, RDU sent ABC 11 the following statement:

The airlines handle cancellations so I can't confirm why a particular flight was canceled, but I can tell you that our longer runway shuts down overnight for repairs as part of an emergency preservation project.

In the case of a cross-country flight, airlines may want to use the longer runway due to the weight of the plane. We communicate with the airlines well in advance about the repair schedule and runway availability. During the months the preservation project has been ongoing we have not had issues with any of the west coast flights that take off from RDU daily.