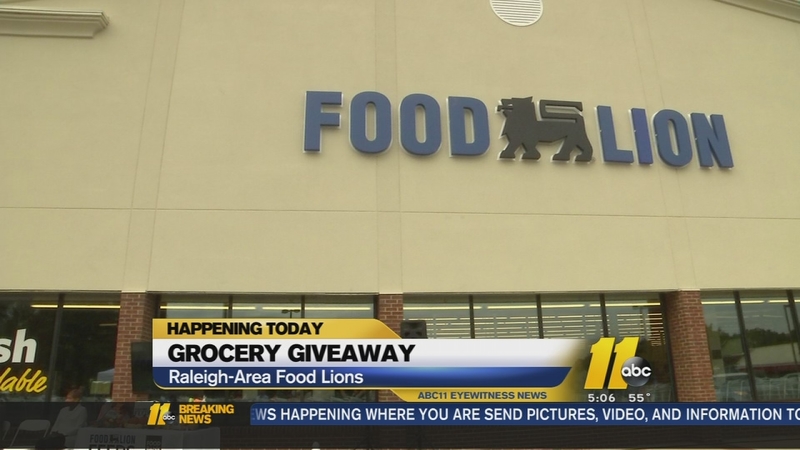 "We give a giveaway to 100 customers across all of our stores," Food Lion President Meg Ham said. "It's in 162 Raleigh stores we officially launch."

The North Carolina-based company announced $250 million worth of investments in its Raleigh-area stores at a news conference Tuesday, in which Governor Pat McCrory attended.

Ham said the investments include remodeling the stores.

"Right behind me you can see a produce walk-in cooler," she said. "That was part of the investment in the stores that will help keep the product fresher and keep it fresher at home also."

The investments also includes giving back to the community - which included Food Lion announcing the donation of a mobile food pantry to the Food Bank of Central and Eastern North Carolina that's valued at than $100,000.

Another investment of course, was Wednesday's planned giveaway.

ABC11 learned each customer took home a bag full of fresh fruits and vegetables. The giveaways started at 8 a.m. though the stores opened at 7 a.m. Dozens of people were seen lining up hours before the give-a-way. 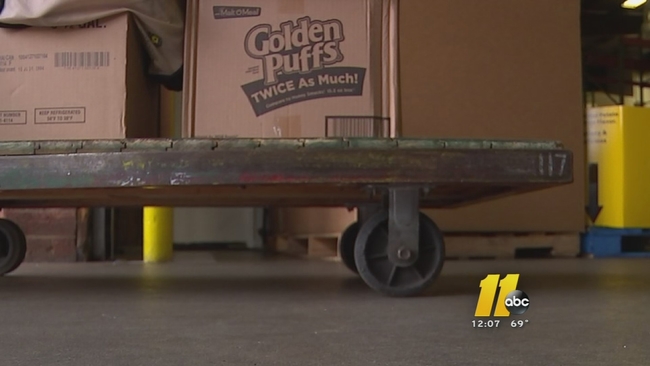