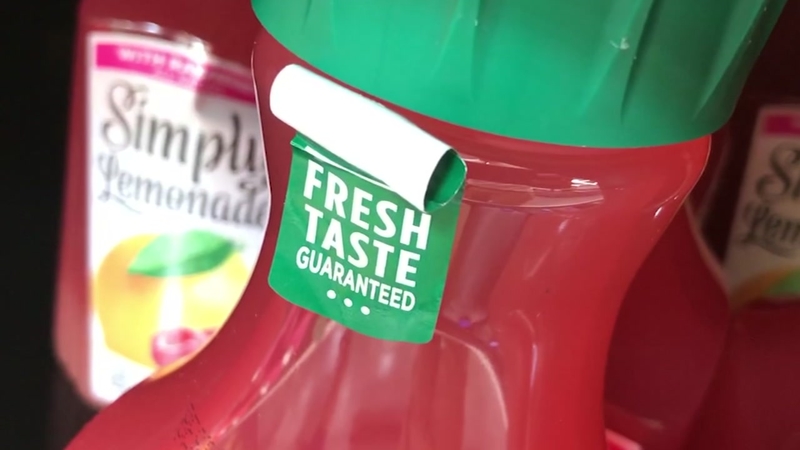 Over the weekend, a viral post claimed stickers on Simply Lemonade juice containers at the Walmart in Spring Lake were broken and peeled.

Under that post, a woman posted a photo claiming she nearly bought ice cream with a broken plastic seal from the Walmart on US-301.

ABC11 went inside the store to investigate and found peeled plastic stickers on several Simply Lemonade juice containers, mostly in the front of the display.

First it was ice cream, now it’s juice. Here’s why you should be checking your items before you throw it in the cart and yes this happened in Fayetteville. Ahead at 4:30/5:30, @Sheriff_EWright explains how these social media tampering trends could land you behind bars #abc11 pic.twitter.com/3xu57ezuIE

When asked about the stickers, a clerk told ABC11 she would get a manager but pushed the sticker back on the juice container and placed it back in the fridge.

"We want our customers to be assured that the products they purchase at our stores are safe. We have no reason to believe the lemonade in this video was compromised, especially considering the safety seals remained in tact. If a customer has any concern about a product we encourage them to bring it management's attention," said Casey Staheli, Walmart Spokesman.

Still, the viral posts and pictures have the local community on alert.

The recent cause for alarm likely due to the "Ice Cream Challenge", made popular by a Texas teen who was seen on social media video licking a tub of Blue Bell Ice Cream and placing it back into the freezer.

RELATED: Woman licks inside of Blue Bell Ice Cream tub before returning it to store freezer

Local law enforcement said tampering of any kind isn't funny, rather a felony.

"Anytime you take something without paying for it, it's shoplifting, larceny. You could have conspiracy to commit larceny and the tampering with food is especially a felony," said Sgt. Patrice Bogherty.

Authorities are reminding shoppers to check all seals and stickers. If something has been altered or tampered with or you're not sure, report it to the merchant and your local law enforcement agency.