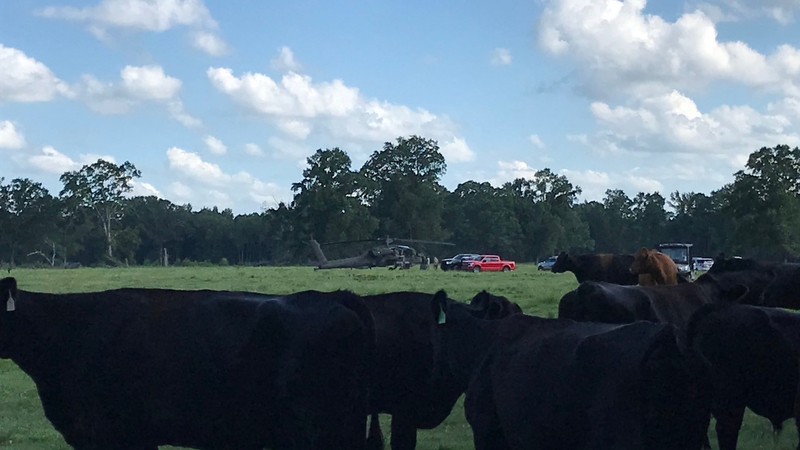 FAYETTEVILLE, N.C. (WTVD) -- Fort Bragg troops made an emergency landing in a cow pasture just east of the base.

The crew was in an Apache helicopter when the crew needed to make a "flight control malfunction precautionary landing."

The landing was made successfully in a farmer's field located near River Road and I-295.

Nobody was injured in the emergency landing.