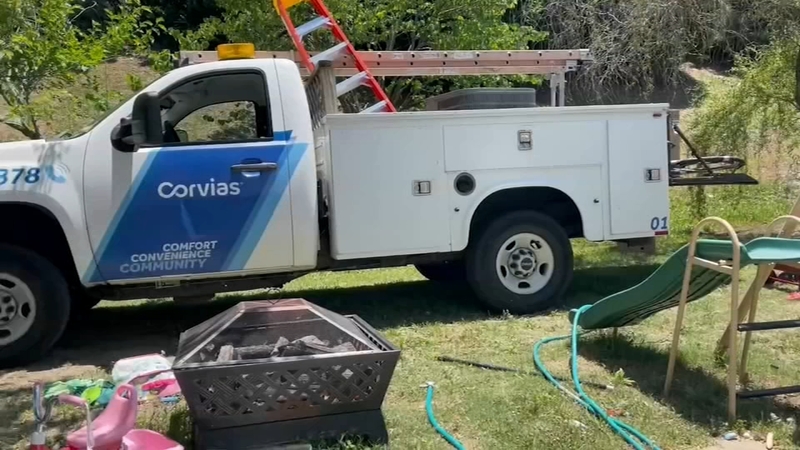 FAYETTEVILLE, N.C. (WTVD) -- Hundreds of military families living on Fort Bragg are struggling to keep cool in their homes because of problems with their air conditioners.

If one thing is true about North Carolina: the words "hot" and "humid" can often be found side by side. With real-time temperatures in the high 80s to 90s, and the feels-like temperatures pushing near 100 degrees, summer in the Tar Heel state is not a time to have your AC unit go out.

"It is ridiculous that there are 6,000 residents on base and for those 6,000 residents they only have 4 HVAC techs to try and remedy all these issues," said resident Katiya Tovar. Tovar and her husband moved to Fort Bragg from Arizona five years ago and live on base with their three children.

"There's 100-plus residents on base who don't have AC right now," she said.

The family was part of that number until Tovar called Representative Richard Hudson, whom they have a previous working relationship.

"In calling (Hudson), their team got on Corvias' case literally the same day," Tovar explained.

Corvias is the company that executes and manages work orders for families and servicemembers who live on Fort Bragg's installation.

Last week, ABC11 reached out to Fort Bragg officials about the conditions families complained of living in as temperatures danced around the 90s. Officials on post eventually passed us to Corvias for an official statement.

On Friday, Corvias told ABC11, ""The area is experiencing high temperatures. Less than 2% of the more than 6,400 homes at Fort Bragg have requested HVAC service and we've contacted each resident to understand and respond to their needs."

"I think it's a slap in the face to all of Fort Bragg's residents that they would insinuate that it's not their problem, it's Corvias' problem," said Fort Bragg resident Abby Newman. "Because it doesn't matter what company owns the housing, this is a military installation. Fort Bragg definitely needs to step up."

Newman told ABC11 that HVAC technicians arrived at her home Monday to replace her AC unit. However, the help only came after she told them she would be doing an interview with local media. "This is Fort Bragg housing," she said. "They can't just turn a blind eye to the living conditions of their soldiers and their soldier's families are living in. I mean, that's, absurd."

Tovar and her family said they have been sleeping in the family's living room because the window units they were given work best in that room.

"My husband, myself, and my three children have been sleeping in the living room to try and stay cool," she said. "Because that's where they put the bigger of the two units."

Tovar feels she received expedited assistance because of her call to Representative Hudson and "for being a thorn in their side and making a big stink."

She plans on keeping the window cooling units until she is sure her new unit is working properly.

"Our issue is getting taken care of quickly," said Tovar. "Most people are too nervous to do that. They don't want to upset Corvias for getting retaliated against in some way."