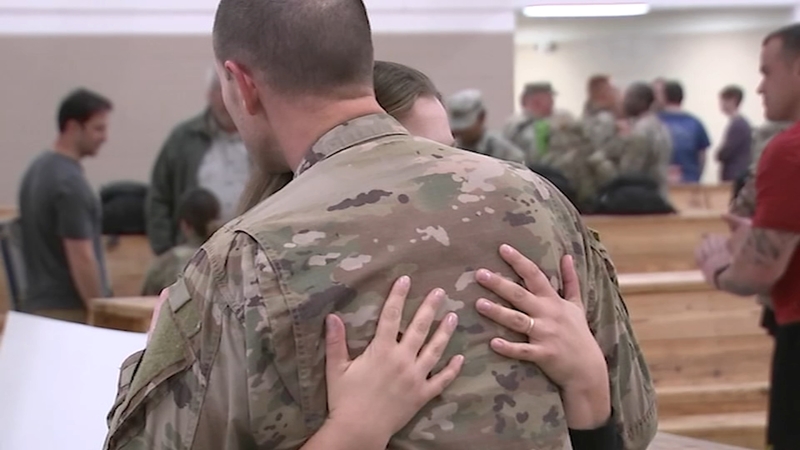 The troops with the Third Expeditionary Sustainment Command were supposed to return on Monday, but after two delays they arrived shortly before 5:00 a.m.

The unit is returning home from a nearly nine-month deployment to Kuwait.

They played an integral part in the evacuation of more than 100,000 people and 7,000 American troops from the airport in Kabul last August.

More soldiers from Fort Bragg are deployed in eastern Europe, in response to the war in Ukraine.